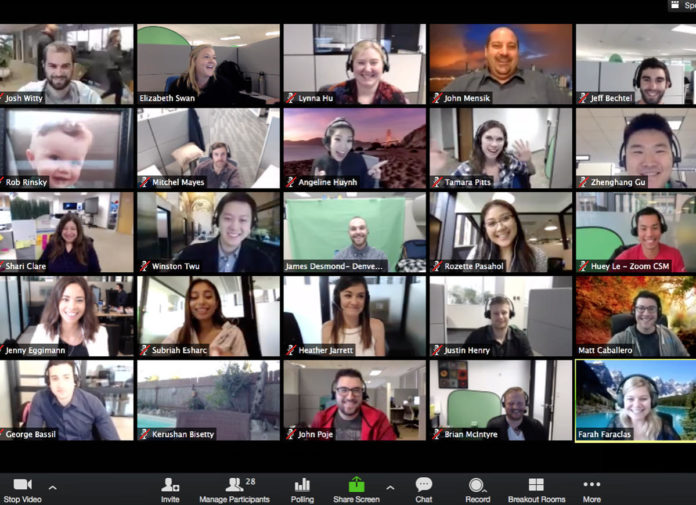 Due to the coronavirus epidemic that affects the whole world, education and business life mostly go through video chat applications such as Zoom. A YouTuber, named Preston Reid, made a very entertaining video that made fun of the Zoom users’ stance towards the camera.

I guess most of you have met with Zoom on the occasion of COVID-19, which has millions of people around the world. Launched in 2011, the platform offers video chat with 30 people at the same time. Zoom, which became the most used application by home workers and students during the corona days, had only 10 million daily users in January 2019.

Enjoying the incredible opportunity that video conferencing service giants Microsoft and Cisco missed in their backyard, Zoom has turned into a huge platform that hosts more than 300 million users today.

Having 10 million users daily in January 2019, Zoom serves over 300 million users today.
Some people who are accustomed to getting their work face to face may cause some funny images to appear during video conferencing. Based on this, a YouTuber named Preston Reid also made a very entertaining video that made fun of the stance of Zoom users in front of the camera.

Reid’s two-minute video called “Different Types of Zoomers”, as you can see from the title, offers an interesting collection of people who have had to learn to use Zoom in the past few months.

A YouTuber named Preston Reid offers a fun perspective to users’ exams with Zoom
The video generally hits people who aren’t very good at positioning their cameras. Of course, some of the details in the background during the Zoom talks have also been ridiculed for Reid. Although Reid has only 24 subscribers on his channel, this video has received more than 32 thousand views. If you wish, let’s leave you with this fun video without further ado.