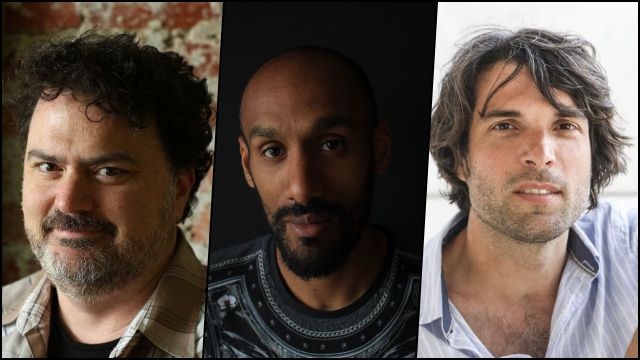 Fun & Serious: The Bilbao festival will be held on December 10 and 11 in person with exceptional guests. There will be meetings, talks and conferences. Fun & Serious Game Festival has announced its first speakers for the 2021 edition. After a year of pandemic that has prevented the celebration of this acclaimed festival, the organization has confirmed the presence of Dinga Bakaba, Tim Schafer and Luis Antonio, among others, who will be part of a staff of exceptional guests for presentations, interviews and talks.

It will be during the days of December 10 and 11 when the Luxia space of BEC in the city of Bilbao opens its doors to attendees again; a face-to-face format that will be complemented by a rigorous direct broadcast on Twitch. Those mentioned will be joined by those responsible for Eastward, one of the great independent titles of 2021; as well as Marina González (Deconstructeam) and Elina Roinioti (Kickstarter Games).

Dinga Bakaba, Head of Studio at Arkane Lyon and co-creative director of Deathloop, is one of the great protagonists of Fun & Serious Game Festival. This eleventh edition will bet on giving voice to the emerging independent studios and also to those developers whose works have had the most to talk about in a 2021 that is now ending. From his resume we also find the role of Game Designer in Dishonored and Lead Designer for Dishonored and collaboration in Machine Games for the development of Wolfenstein: Youngblood and Wolfenstein: Cyberpilot.

Luis Antonio, creator of 12 Minutes, is another of the most anticipated speakers for his first work together with Annapurna Interactive for PC and Xbox; a thriller in overhead perspective that tells the story of a man trapped in a time loop. Without a doubt, one of the most unique narrative projects of this course. Antonio has previously worked for Rockstar Games and Ubisoft, as well as Jonathan Blow.

Tim Schafer, 2015 F&S Festival Honorary Award Winner, completes a renowned starting lineup. Responsible for the Monkey Island saga, he has been one of the most responsible for the trajectory of Lucas Arts and, later, he founded Double Fine. Brutal Legends, Costume Quest, Stacking, Broken Age or the essential Psychonauts 2 are some of his most precious works.

This 2021 edition of the Fun & Serious Game Festival will offer us the opportunity to get to know Marina González, from Deconstructeam, closely to talk about pixel art; while Elina Roinioti, from Kickstarter Games, will do the same on the crowdfunding platform. Finally, the people in charge of Eastward, Pixpil, will talk about the acclaimed title published together with Chuckefish.

Over the next few days, tickets for the Fun & Serious Game Festival will go on sale both in person and online.

All rumors about Armored Core 6 from FromSoftware

Sailor Moon is no longer a children’s anime?