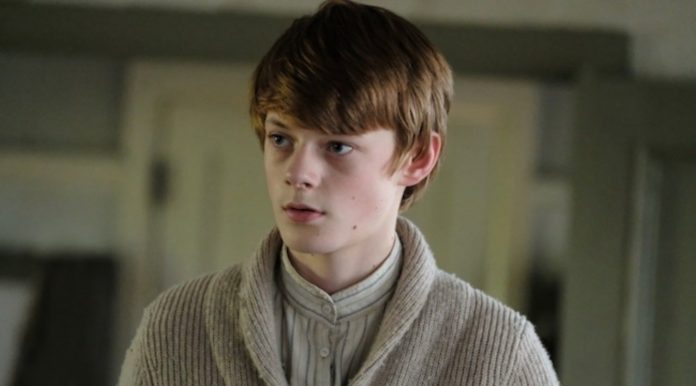 Cole Mackenzie (Cory Grüter-Andrew) joins Anne With An E, but without being redundant. Cole is the softer and more understated complement to Anne’s (Amybeth McNulty) approach to wildlife.

There is much to appreciate about Cole Mackenzie (Cory Grüter-Andrew), especially things that may not be immediately apparent to the eye of the Anne With An E.

He is the first Queer character

While Cole isn’t technically the first queer character to be seen on the show – both the school teacher and Aunt Jo have made appearances – he’s the first to be singled out as such.

Cole stands out from the other kids at school and, when asked to kiss a girl in a game, he refuses. He only kisses Anne in solidarity, as there is no romance between them. Cole is the show’s first lead, and the only son, to be gay.

Anne’s (Amybeth McNulty) own experiences in the school system illustrate the importance of social etiquette and the suffering caused when broken in Anne With An E.

Anne talks too much and openly, which gets her in trouble with the teacher and alienates her from her classmates. In many cases, she acts too much like a child is expected to do.

Cole is the same, but opposite. Behaving in a way that is only expected of female students, such as showing interest in Anne’s hairstyle, makes Cole stand out and puts him at risk of being ridiculed by both the students and the teacher.

He is always with the girls

Anne With An E fans may not have realized that despite how gender-segregated the school encourages boys to be, Cole still manages to find his way to the girls’ side.

He is seen mingling with them before he starts class, and even having lunch with them. The teacher at one point punishes him for being too effeminate with Anne, helping her with her hair in Anne With An E.