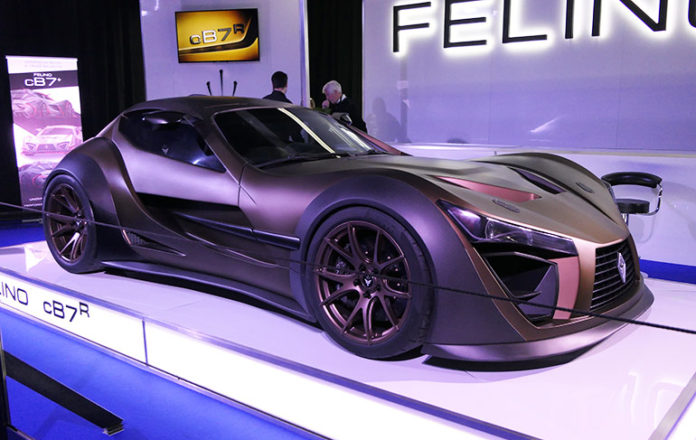 Canadian car maker Felino brought a new design to the cB7 it launched in 2014. Completely handcrafted and only 10 will be produced, the cB7R will be introduced on February 14.

Canadian vehicle manufacturer Felino brought a brand new design to the cB7 it launched in 2014. The fully evolved version of the cB7, the cB7R bears resemblance to the lines of its predecessor, while also catching the eye with its growing and redesigned body.

Completely hand-made, the cB7R has made the body design from cB7 much more voluminous. While the front of the vehicle has a much more magnificent design compared to cB7, the grille structure on the front has also been redesigned. The back of the cB7R is facing enthusiasts with a completely new look.

Felino cB7R which impresses with its price and performance
In addition to its renewed design, the cB7R also has some updates at the engine point. The 700 horsepower V8 engine of the cB7R allows the vehicle to accelerate from 0 to 100 km in 3 seconds. The cB7R has a 6-speed manual transmission like cB7.

Felino worked to make the car a complete race track car while developing the cB7R. Felino has developed the cB7R to offer all the features expected from a premium high performance sports car. The seats of the vehicle are designed to fit the body contours of the driver.

The price of the cB7R, which will be produced only 10, will be three times its predecessor, 360,000 dollars (approximately 2 million 152 thousand liras). Developed by Felino, cB7R will be introduced at the Canadian International Auto Show, which will be held in Toronto on February 14th.

Galaxy S22 Ultra Could Be The New Note And Samsung Confirms...