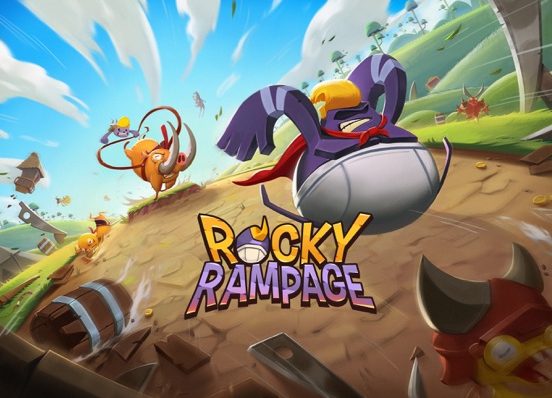 The stable version of Rocky Rampage: Wreck ’em Up, which made early access to the Google Play Store with more than 500,000 users, has been released. This game, which has a very fun and simple gameplay, is now available for free download on both iOS and Android.

With the development of the smartphone industry, mobile games gained great importance. While some developers have been moving games that can be played on computers and game consoles for a long time to mobile platforms, some developers are asking consumers’ tastes, which are brand new and meet all of today’s technologies. Now we will talk about a game that is new to both Android and iOS platform.

The game, which takes its place on Android and iOS platform, is called “Rocky Rampage: Wreck ’em Up” and it is completely filled with fun. In fact, this game has been on the Android platform for a while. More than 500 thousand mobile gamers have been experiencing this game, which the developer team offered to the Google Play Store for early access. The developer team has now fixed all known game-related issues, tweaked them, and offered them to the consumer as the stable release.

Rocky Rampage: Wreck ’em Up is an extremely simple game both in terms of gameplay and logic. In the game, you are given some tracks with different lengths and different difficulties and you are trying to complete this track. While completing the tracks, you have to defeat the enemies that you encounter by flying and crushing, as well as collecting objects that will give you extra points.

One of the impressive features of Rocky Rampage: Wreck ’em Up is that you can easily play. After starting the track, all you have to do is touch anywhere on the screen. In this way, you will accelerate your character and try to complete the track. In addition to all this, this entertaining game seems to have received full marks by the majority of gamers when reviewed on the Google Play Store and App Store.

Rocky Rampage: Wreck ’em Up is available for free on both the Google Play Store and the App Store. However, like almost every mobile game, this game also has some in-game purchases. These purchases allow you to increase the power of your character in the easy way.

What would Cyberpunk 2077 be like in the third person?