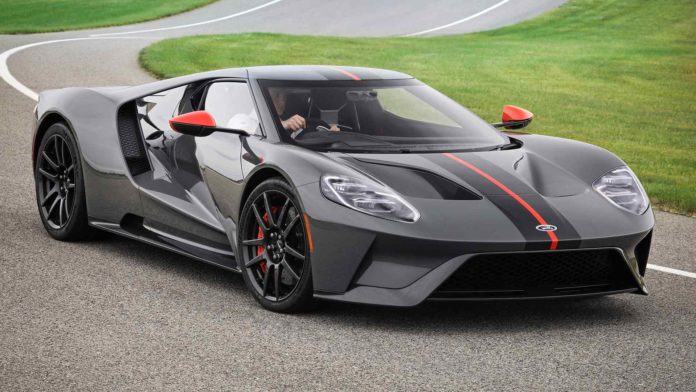 The Ford GT, which was exhibited at the Chicago Motor Show, became the favorite of the fair. This special version GT, made of carbon fiber material, impresses with its design and performance. Ford engineers have also increased the power of the vehicle, revealing this special 660 hp GT.

The Chicago Motor Show, which car enthusiasts have been waiting for a long time, opened its doors to visitors a few days ago. Within the scope of the fair, which starts on February 8 and continues until February 17, special production vehicles of companies are exhibited. One of the vehicles exhibited at the fair is “GT”, one of Ford’s super car models.

As the Ford GT is a super vehicle, it is very normal to take part in auto shows. However, the Ford GT on display at the Chicago Auto Show has a unique feature. So much so that the vehicle, which we will share with you shortly, is produced almost 3 times longer than a normal Ford GT. The reason for this is that the vehicle has a carbon fiber body from start to finish.

Ford GT, which has become the favorite of Chicago
This supercar is called “Ford GT Liquid Carbon”. Ford engineers worked an extra 3 weeks to cover the entire vehicle with carbon fiber. Ford engineers, who did not want to spoil the fibrous structure of carbon fiber materials during their work, thus made the shape of the vehicle even more interesting. Engineers also applied a stylish polish on the carbon fiber hood, giving GT Liquid Carbon an excellent gloss.

Carbon fiber materials stand out for their extremely lightweight construction and are often used in racing cars. So you might think this GT is more flimsy than the original. However, this is not a correct idea. Because engineers have ensured that the vehicle was as strong as a normal GT with the operations they applied on the body.

Another remarkable aspect of this vehicle, which is completely covered with carbon fiber, is that it contains all the details in a classic Ford GT. The processing of carbon fiber is not an easy process, but Ford has a specialized team in this regard. This team produced carbon fiber materials one by one and in their hands so that Ford GT Liquid Carbon can have even the finest details.

Ford GT Liquid Carbon impresses not only with its design but also with its performance. Ford engineers have modified the suspension of this particular GT, updated the aerodynamics to keep the vehicle cool, increased torque and used a 3.5-liter twin-turbo V6 engine. This engine added 13 horsepower to the vehicle and brought the total horsepower to 660.