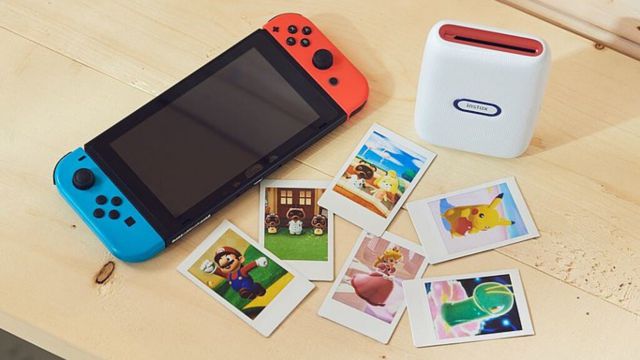 Fujifilm: The Japanese company reaches an agreement with Nintendo to bring the photographic experience to paper. All the details of the collaboration. Fujifilm Corporation and Nintendo have announced a collaboration agreement between the company’s current console, Nintendo Switch, and the newest portable printer for mobile phones, Instax Mini Link. From now on, with the new application for smartphones dedicated to Link, it will be possible to print the moments that we have captured in the games. They have also announced a new printer on the occasion of New Pokémon Snap in red and blue colors.

If we have dozens of unforgettable scenes stored in works such as Animal Crossing: New Horizons or if it is on our task list to complete the Fotodex of the imminent New Pokémon Snap, with the exclusive application for Intax Mini Link for Nintendo Switch phones we can convert our images and videos recorded in an instax print with the homonymous printer.

“The exclusive application for instax mini Link for Nintendo Switch phones allows you to print the screenshots of the game (still images / videos) of the Nintendo Switch with the Link with a simple operation that reads the QR code that appears on the Nintendo Switch”, They explain in the communication sent to the media.

Fujifilm and New Pokémon Snap, this is the collaboration

The release date of the application coincides with the arrival in stores of New Pokémon Snap, the long-awaited sequel to the video game of taking pictures of Pokémon in their natural habitat on Nintendo 64; this time much bigger, more ambitious and complete (more than 200 Pokémon) to immortalize moments traveling routes of the Lensis region.

The design of the screen of the application for the phone can be selected from three games at the moment: Animal Crossing: New Horizons, Super Mario and New Pokémon Snap, and allows us to enjoy the operation of the application while we play. It should also be noted that “Print with frame” – it is one of the most popular functions of the Link – allows you to print photos with different types of frames and has added these three new designs to the ones it already had.

Finally, Fujifilm is releasing a new color that is integrated into the current Link printer line to celebrate the collaboration. It’s called Ash White (Red and Blue). As they explain: “While using the ash white, popular in the current range, as the base color, it merges with the Nintendo Switch by applying red around the print exit slot and blue around the power button on the back. front of the printer body ”. A special kit with a silicone sleeve designed with Pikachu will also be on sale to celebrate the premiere of New Pokémon Snap.

The application for mobile phones can be downloaded completely free, including current users of the Link, it will include 59 filters and frames from New Pokémon Snap, Super Mario and Animal Crossing: New Horizons. We can modify the screenshots of Nintendo Switch and those that we have on our mobile.