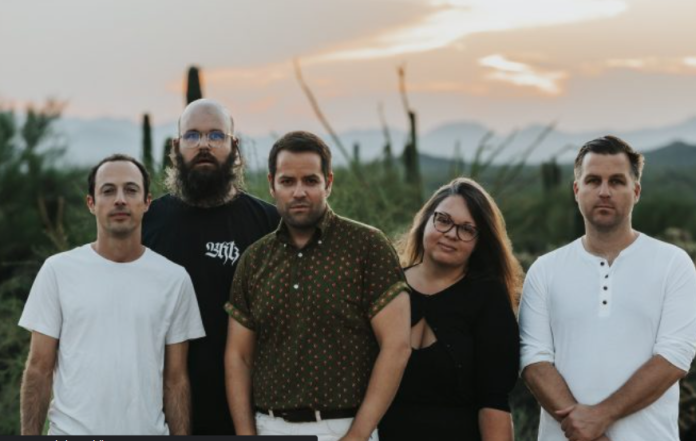 Fucked Up shared the second single “Found” from their upcoming album “One Day”.

The opening track from the Canadian hardcore band’s sixth album was inspired by guitarist Mike Haliechuk’s life experience on one of the oldest streets in North America and the disturbing consequences of gentrification.

“I used to live on Davenport Road, one of the oldest streets in North America, which for thousands of years has been an Indigenous trail running along the northern shore of Lake Iroquois, which retreated after the last ice Age.” Galechuk said.

“To the east was Taddle Creek, which was buried underground in the 19th century to build the streets I walk on. I thought a lot about gentrification, watching small shops being swallowed up by big buildings, until I realized that I was one of these big buildings.”

Listen to the track below.

Haliechuk explained that the name of the song comes from the translation of the Aeneid by Shadi Bartsch, where she points out that the words “found” and “struck” open and close the book.

“This discovery is actually a conquest, and this settlement is always violence. And that any story I try to tell myself about the place I found to live in can only be a story justifying the expansion of one nation around the world by another.”

Fucked Up’s new album “One Day” is released on January 27, 2023 on the Merge label. As the name suggests, most of the album was written and recorded in one day.

Elsewhere, the band’s frontman Damian Abraham will be a guest on The HIRS Collective’s upcoming album “We’re Still Here”, on which he gives his vocals to the penultimate track “Unicorn Tapestry Woven In Fire” along with Marissa Paternoster and Pinkwash. The album is released on March 24, 2023.