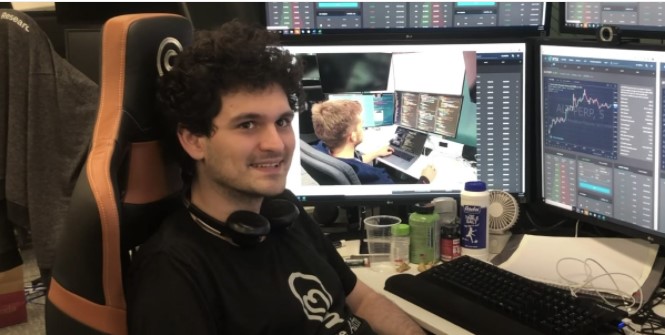 Sam Bankman-Fried, founder of the FTX exchange and crypto billionaire, cited three of the most exciting blockchain projects for 2022, alongside Bitcoin and Ethereum. The young entrepreneur of the crypto world was a guest on the Decrypt podcast and explained his views on the market.

SFB did not leave any surprises in his first selection, noting that Solana will have a great year. Providing the versatility of Ethereum faster and at a lower price, Solana ranked first in SBF’s top 3. Solana (SOL) experienced an increase of more than 11,000% in 2021.

The successful name shared his views on Solana: “It does something that few chains can do, which is scale. Solana is one of their few projects that has a really reasonable way of scaling to the level you need to achieve if you want industrial use.”

SBF’s second pick was another Ethereum killer, Avalanche. Founded by academic and blockchain sage Emin Gün Sirer, Avalanche and local entity AVAX have leveled up over the past year, with users’ technical robustness and responsiveness to the people who built it. The FTX CEO’s comments on AVAX were: “This is a real and cool chain. The team really knows their stuff and they have a ton of plans.”

Stating that Avalanche’s scaling level remained below expectations, SBF continued: “These elections do not mean that I know the best or they do not. He may be right about what should be prioritized in the end. This project is really great and it definitely has a good future ahead of it.”

Sam Bankman-Fried’s final pick came with some hesitation and a reluctance to get into the ball. According to the SBF, the final choice is a category, not individual projects. Wrappers facilitate synthetic versions of popular tokens such as ETH and BTC for cheaper and easier transfers between blockchains. As SBF concluded, “In general, wrappers will continue to grow. We have no choice but to somehow turn to wrapped assets, as there is a gap between chains that are capable of handling the activity requested of them and chains that are above value.”

Surprising Comment from Famous Analyst: This Cryptocurrency Rises This Way!

Giant Fund Manager: We’re in a Bear Market! Check Out These...