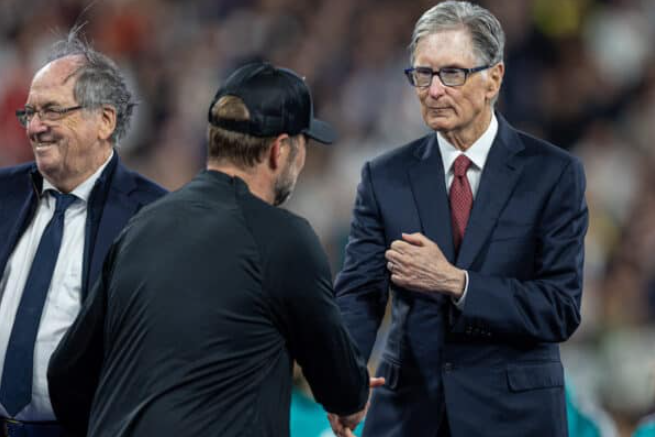 A full sale of Liverpool looks increasingly unlikely as a new report from a Merseyside journalist claims that Fenway Sports Group still expects to “somehow” participate in the club next year.

FSG decided to put the club up for sale in November, but since then it has been stressed that they are open to both small investments and a full sale.

Earlier this month, Michael Silverman of the Boston Globe reported that Liverpool’s owners are now leaning towards a partial sale, and this information is consistent with a recent statement by Simon Hughes of The Athletic.

In an article about the general uncertainty surrounding Liverpool at the moment, Hughes says that “senior sources” inside FSG “still expect to be involved in some way”in the club”by the end of 2023.”

He further adds that no commitments have been made public, as there is always the possibility of “tempting offers” for a full sale that could change the situation.

This information is one of several interesting excerpts from Hughes, who points out that filming restrictions were imposed at the club’s recent training camp in Dubai, which “caused gossip about who enters and leaves, even inside the club.”

It is also alleged that there were guests from the Middle East at the team’s hotel, as well as executive director Billy Hogan, who flew in “at least for a few days.”

The article goes on to explain how the reshuffle around Jurgen Klopp may affect his off-field duties.

Hughes says previous sporting director Michael Edwards “got his way” when it came to the decision to let Gini Wijnaldum leave the club, but believes Klopp will now have “more influence on the future of those who have served him well.”

Julian Ward, who replaced Edwards, himself decided to leave the club at the end of this season, and although the exact reasons for his departure remain unclear, Hughes notes that Ward did not grow up a Liverpool fan and was, in fact, an Evertonian.

It is also suggested that since Edwards recently bought a new house in Cheshire and the club’s lead analyst Ian Graham has also left the club, “there is a whiff of the old band.”

If so, let’s hope it’s not to the detriment of the LFC.

Explanation of Science fiction about Nanotechnology