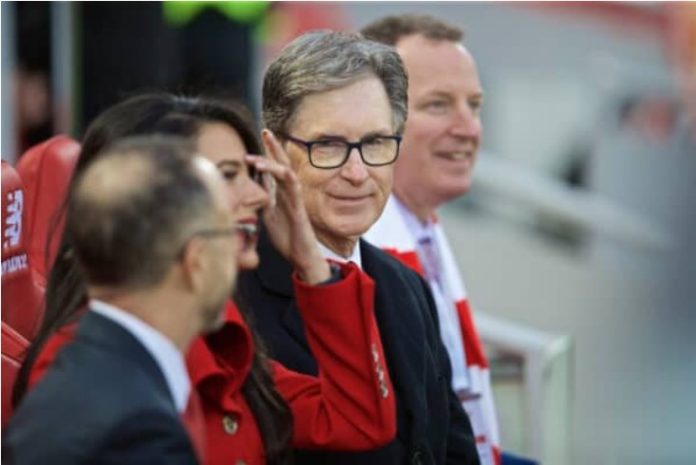 For the first time since the news that Fenway Sports Group is looking for investments in Liverpool, an internal source confirmed “great interest”.

FSG is currently exploring its options when it comes to Liverpool, using the services of financial companies to find investors and weigh a possible sale.

There is a real prospect that FSG will completely sell the club, and President Mike Gordon will give up his day-to-day duties to focus on finding a potential buyer.

And although he insists that this is the “beginning” of the process, FSG partner Sam Kennedy told the Boston Globe that there has already been “great interest” in him.

According to the Globe, owned by John W. Henry, Kennedy is currently holding regular meetings with Liverpool owners Henry and Tom Werner in New York.

“Many potential partners have shown great interest in considering the possibility of investing in the club,” he said, and both direct buyers and minority investors have been nominated.

LIVERPOOL, ENGLAND – Friday, April 26, 2019: Liverpool owner John W. Henry before the English Premier League match between Liverpool and Huddersfield Town at Anfield.
In its current form, Kennedy describes the situation as “exploring opportunities,” but interestingly, he also indicated that the most likely way could be to bring together stakeholders.

This involves a gradual transfer of ownership rights, when a minority investor increases his share in the club over time until he receives a controlling stake.

This is certainly not out of the question, especially given the assumptions that FSG will not simply sell to any buyer willing to invest more than 3 billion pounds to secure the sale of Liverpool.

It is believed that another American investor, most likely with a state-funded buyer, such as those who own Man City, Newcastle and Paris Saint-Germain, is actually excluded.

“One of the ways to increase this value from time to time is to sell assets or attract investors.

“Does this mean that FSG is going to sell Liverpool? I don’t know.

“The job of John Henry, Tom Werner and Mike Gordon is to manage Fenway Sports Group responsibly and they felt this was the perfect time to explore possible investment opportunities in the club.”