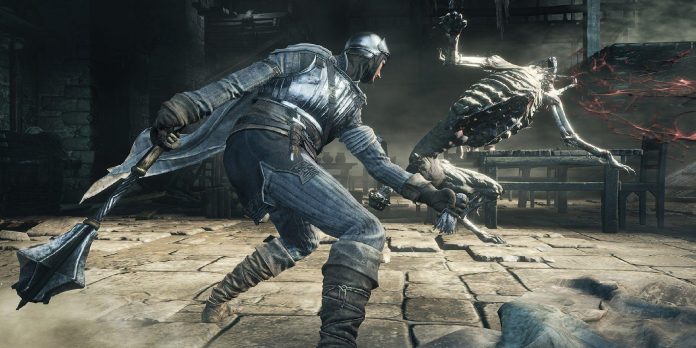 While FromSoftware’s role-playing games are mostly designed for single player play, there are plenty of multiplayer features in games like Elden Ring and Dark Souls. If the boss turns out to be too difficult, the player can call a partner for support. Or, if the player wants to experience PvP, he can take part in what Dark Souls calls an invasion, when one user finds himself in an alien world, which inevitably leads to a duel to the death. However, for several months now, PC players have not been able to access the multiplayer game for Dark Souls games.

While the multiplayer game Elden Ring remained enabled, all the servers of Dark Souls, Dark Souls 2 and 3 were disabled, which is why some important functions were missing in the old games. When this first happened, many were worried, especially when neither Bandai Namco nor FromSoftware commented on the situation. Now, a few months after players first noticed they couldn’t access online features, Dark Souls 3’s multiplayer mode has been restored.

This news was announced on the official Dark Souls Twitter account, which stated that the network features for the PC version of Dark Souls 3 have been reactivated. Although this positive update of the situation calmed fans who were worried that the multiplayer mode would be completely removed from Dark Souls, problems still persist in other games in the series. In the same Twitter post, FromSoftware explained that it is still working on restoring online features in Dark Souls and Dark Souls 2, which are also suffering from similar issues with the multiplayer game.

The process of fixing the Dark Souls multiplayer game began in early 2022, when FromSoftware discovered a security breach in the game’s servers. This was due to an exploit found in Dark Souls 3, and as soon as it was discovered, FromSoftware disabled multiplayer features for the entire trilogy of games. After a month or so of silence, the developer finally informed the fans about what was happening in February of this year, and constantly informed the players about how the process of fixing online features was going.

Hopefully, with the return of the Dark Souls 3 multiplayer game, fans will be able to see the online feature fixes for the other two games soon. However, since Elden Ring is still receiving stable patches and fixes, it seems that FromSoftware is working hard to ensure that its latest version is always up to date. This means that fixing multiplayer features for games released in 2011 and 2014 may not be at the top of the priority list right now.

Dark Souls 3 is already available on PC, PS4 and Xbox One.

Genshin Impact needs to solve the problem of content drought