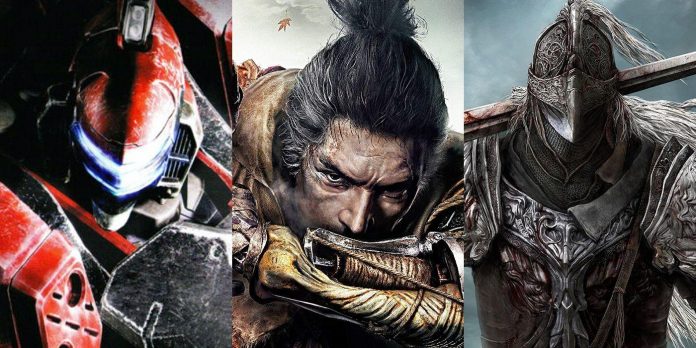 Developer Elden Ring FromSoftware has revealed that he has several new projects in development as the company is in the process of hiring new talent to work on these games. The company is currently hard at work releasing patch updates for Elden Ring, culminating in a full DLC expansion in the future, but FromSoftware’s efforts are more than just Elden Ring.

FromSoftware has released some of the most popular video games for the last few generations of consoles, starting with Demon’s Souls, which has created an entire subgenre that has been imitated by numerous game companies and franchises. The developer may be best known for the Dark Souls trilogy, as it was this series that made him popular. In addition to Dark Souls, FromSoftware has released other popular games from its Soulsborne series, including Bloodborne, Sekiro: Shadows Die Twice and most recently Elden Ring, the best-selling game of 2022.

Hidetaka Miyazaki from FromSoftware continued discussing this issue on 4Gamer, which was also noticed by Nibellion on Twitter. According to Miyazaki, there is an unannounced project that is in the “final stage” of development, he is already working on his next game, and new updates for Elden Ring are planned. FromSoftware has grown significantly as a studio, so it makes sense that it has the resources to create several large games at the same time. Elden Ring was probably a huge priority for the studio, so now that it’s out, FromSoftware developers can start working on games that aren’t related to Lands Between.

In the past, Miyazaki has said that he doesn’t want to create Dark Souls games anymore, so it’s unlikely that there will be a fourth part in development. It’s also too early for another full-fledged Soulslike project to be released, given that Elden Ring hasn’t been available for so long. There have been leaks about a new sci-fi game Armored Core, similar to Souls, which is in development, so it’s possible that Miyazaki is referring to this particular game. The fact that the game was not announced during the summer announcement season means that the new FromSoftware game is not ready yet, and fans will have to wait a little longer before launching the promotional train.

The black phone and the Sinister ones exist in the same...