Home Celebrity From Ferrari to Bentley: A Look at Henry Cavill’s Crazy $1.5 Million... 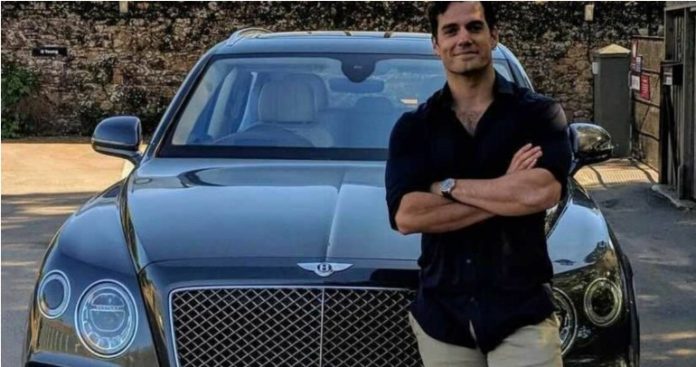 Henry Cavill knows exactly where to spend his huge fortune! Once an 18-year-old boy, born in France, went to the States for education and opportunities, got into the film industry with his debut film “Laguna” back in 2001. And since then, the 39-year-old Briton has never looked back.

From the Count of Monte Cristo and his first breakthrough role as the handsome Duke in The Tudors to the role of the most powerful superhero in the universe, Cavill is an independent and quite successful actor. And since he has accumulated such a large fortune, the fan favorite Geralt of Rivia does not shy away from a rather luxurious life.

From a large futuristic mansion in California to a collection of vintage and luxury cars that many can only dream of, Cavill has certainly invested in a joyful life. So, if you’re an automotive enthusiast, here’s a quick overview of his impressive state of cars and motorcycles:

A brief overview of the huge collection of cars owned by Henry Cavill.

As of 2022, the actor of The Witcher owns a total of $ 45 million. From playing games to brand passion, promotions and production, he has succeeded in all of this. It is noteworthy that the British actor likes to invest a significant part of his huge fortune in cars. Cavill reportedly has cars worth about $1.5 million and several more motorcycles. From the beauty of the Rolls Royce Wraith ($343,000) to Ferrari and Bentley, its four-wheeled beauties will make you drop your jaw.

In addition to his passionate passion for cars and motorcycles, he also loves video games. How can we forget that an actor almost lost his contract with Superman because he was in between one of those high-tech games?

In any case, Henry Cavill is certainly living a dream life. If you had such a large net worth, which cars would be part of your prestigious collection? Feel free to share your choice in the comments section below.