Home Entertainment From Demon’s Souls To Elden Ring: The Culmination Of An Idea 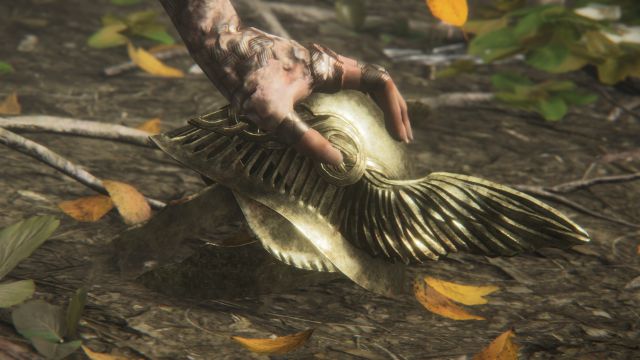 Demon’s Souls: From Software has been outlining its own proposal until it has completed its greatest and best work. A meeting point for players looking for different things. And they are all in the same place. I don’t know if a saga that has been distributed since its first installment with one of the largest video game publishers in the world, has sold millions of copies and has been a television advertisement in the Christmas campaign is niche or not, and it interests me relatively little. What I do know is that when Demon’s Souls came out it was on the sly, with some amazing American notes, the “hardest game ever” tag, and that definitely wasn’t for everyone. Or so it seemed. We enter the saga of From Software almost like someone who has a hard time in horror movies, but can not stop watching them. And 13 years later, that culminates in the greatest and best way.

Demon’s Souls was a cryptic game. Supposedly messy. Where the second chronological phase did not have to be the one we should follow. Where a dragon could burn you shortly after starting and a simple skeleton would kill you with two hits. The entrance door to the game was hard, obtuse, and with a shocking formula: these souls are the most valuable thing you have, but if you die you lose it where you fell. And if you die before you reach that point, you lose it forever. Little joke, huh?

Demon’s Souls was cryptic, it punished you for each failure and hung the label of the most difficult; it was just the beginning of what was to come

Today we take many of the foundations that were laid in the game for granted. We hardly see messages on the ground or puddles of blood that in 2009 were our only allies (although not always…) in an incomprehensible world. Added to its difficulty was a certain roughness in the control, certain death traps, impossible bosses and that feeling that we wanted to move forward, improve ourselves, even if we didn’t know exactly why or why.

With Dark Souls the formula took a leap forward. The interconnection between levels and phases was masterful. An architecture that changed our relationship with it, improvements in control, a somewhat more understandable multiplayer system, an equally demanding challenge… And the creation, around it, of a cryptic lore, where theorizing is easier than pointing out tangible things , but who also contributed his grain of sand to success. Praise the Sun.

Souls is reached in multiple ways

Dark Souls allowed us to start getting into the series for many reasons. Some, like me, did it as a challenge: I want to finish this very difficult game. We care about playing it, finishing it, feeling that we have been able to. Others found in them a proposal full of possibilities in the form of a character: varied, powerful builds, fun to create and execute. Some stayed for the multiplayer, to help or above all make life miserable for others (Anor Londo!) and not a few wanted to delve into the world, the characters, the descriptions of objects, the theories. In the history that many of us have never fully understood. The toughest of the place want them to do No Hit, others cannot conceive of finishing a Souls if it is not at level 1 and others play it with bongas, to complete the varied stamp of the niche of millions of players. It is the grace of the saga: it has been successful because there are many ways to want to get into it.

The saga is entered for many reasons, and not only because of the difficulty; the community generated around them is varied and they play it as they see fit; as it should be

Then would come Dark Souls 2, reviled for not being by Miyazaki, but recovered for the cause with the arrival of Elden Ring, a game less inspired by bosses and level design, but perhaps better balanced in difficulty, a bestial PVP and other ideas nothing bad and recovered later, like the torch or fast travel. And Scholar of the Sin, naturally.

Chernobylite Wins Trailer and Will Come Soon To PC and Playstation