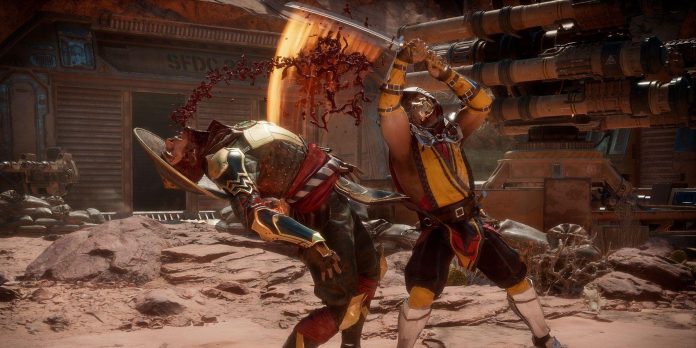 Fighting games are a niche genre featuring gameplay that sometimes looks like button-mashing to the outsider, although a lot of skill and precision are needed to be good at them. Within the genre, only a handful of franchises have managed to stand out and become iconic fixtures, and only a select few have been able to compete with Mortal Kombat‘s impact and influence. The series was first introduced to gamers in 1992 when it was still in the hands of Midway Games, and since then, it has had a conspicuous presence in the gaming world.

For modern gamers, Mortal Kombat is known for its stylish finishing moves and uncompromising displays of gore that are realistic enough to make one nauseous. Furthermore, characters like Liu Kang, Raiden, and the four-armed Goro have become recognizable figures within the gaming sphere and wider pop culture. Mortal Kombat’s story is an interesting one that features destroyed dreams, highs and lows, and dangerous development strategies.

The Early Years of Mortal Kombat

Mortal Kombat grew from very humble beginnings. In 1991, when the idea for the game was birthed, the development team consisted of just four people, including a single programmer. The art and story designer, John Tobias, had been toying around with an idea to create a ninja-themed game, but that idea would not lead to anything. Instead, Midway Games would be approached to create a fighting game themed around movie star Jean-Claude Van Damme for the film Universal Soldier. Ed Boon, the programmer, had an idea to create a game that would feel like a grittier version of Street Fighter 2, which was popular at the time, but Van Damme did not like the idea, and he parted ways with Midway Games.

Instead of throwing away all of their ideas, the team decided to still make a fighting game, although they made a conscious effort to differentiate their creation from Street Fighter. One of the ways it managed to do this was by including a feature that would come to characterize the series for years to come: gore. Even with pixilated graphics, Mortal Kombat embraced blood splatter and brutal violence. This is best exemplified by the finishing moves, known as Fatalities. Every character has unique Fatalities which players can use to end matches in a gruesome yet exciting way.

Mortal Kombat’s release in 1992 on arcade machines launched the series into stardom, and a year later the game was released on home consoles. The extreme violence has since been a source of controversy for the series but, undoubtedly, it has also been a source of great fun. When discussing Mortal Kombat Fatalities in an interview, Tobias revealed that the team had not originally planned to include them, but when they did and saw how gamers reacted, they knew they “had no choice but to give them more.” Indeed, they certainly have given gamers more, as the series has only grown more gruesome as the years have gone by.

After Mortal Kombat’s success in 1992, the series only grew along with the development team, but it was only by Mortal Kombat: Deadly Alliance, released in 2002, that the team rose to over 25 people. Ed Boon, who was the first game’s programmer, believes that the series has managed to remain relevant for so long thanks to its ability to differentiate itself from its competitors, which it does through its flashy fighting and gore. Boon also believes that gamers keep coming back to Mortal Kombat because every sequel is nothing like its predecessors, and it is “this newness that has kept the game fresh and kept players interested in seeing each new version.”

The defining elements of Mortal Kombat games – the gore and the Fatalities – have gotten increasingly intense, and this has been facilitated by the improving technology which is available to developers. While the stomach-churning violence may be spectacular to gamers, it does take its toll on the development team. This was seen with 2019’s Mortal Kombat 11 which features some of the goriest finishing movies the series has ever seen. Developers came forward and revealed that they were suffering from nightmares and intrusive thoughts because of having to view real-life research material for their work, and one developer even claimed they had post-traumatic stress disorder from the constant exposure to graphic content.

Mortal Kombat 11 has sold over 12 million copies globally, illustrating that enthusiasm for the series is still alive and well. However, the series has courted its fair share of controversy, and it exists in a crowded ecosystem, which forces it to constantly prove itself. Fortunately, it seems like the developers are up for the challenge.

The Legacy of Mortal Kombat

Mortal Kombat is a cultural mainstay that has spawned films, television series, and card games, and references to the game can be found in music and other pop-cultural productions. As of 2021, the series has sold over 73 million copies globally, making it the bestselling fighting game series of all time. The biggest impact the series has had on gaming has to be its graphic violence which has been the central point of the controversy that has surrounded Mortal Kombat. During the 1993 Congressional Hearings on Video Games, Mortal Kombat was one of the exhibits brought to the forefront to illustrate how violent games are, leading to the creation of the Entertainment Software Ratings Board (ESRB). Plenty of games have attempted to replicate Mortal Kombat’s violence, including Bloodstorm, Killer Instinct, and Way of the Warrior, but few have managed to click with gamers the way Mortal Kombat has.

Mortal Kombat has also left its mark on gaming through its character designs which are unique and creative. Memorable Mortal Kombat characters include Scorpion, Smoke, and Reptile who is a secret character in the first game. These characters are capable of crazy, often unrealistic moves that sometimes feature fireballs and splitting opponents in half. While it makes the series less grounded than its competitors, it also gives the characters much more personality.

The Mortal Kombat franchise shows no signs of slowing down any time soon, and NetherRealm Studio has announced that it will no longer update Mortal Kombat 11, which suggests that it may have its sights on its successor already. After over 30 years of Mortal Kombat, the series has managed to solidify its status as a gaming cornerstone thanks to its bloody finishers, and despite its age, it continues to define the fighting genre.

Steam Deck: So We Can Check How The Games Work And...