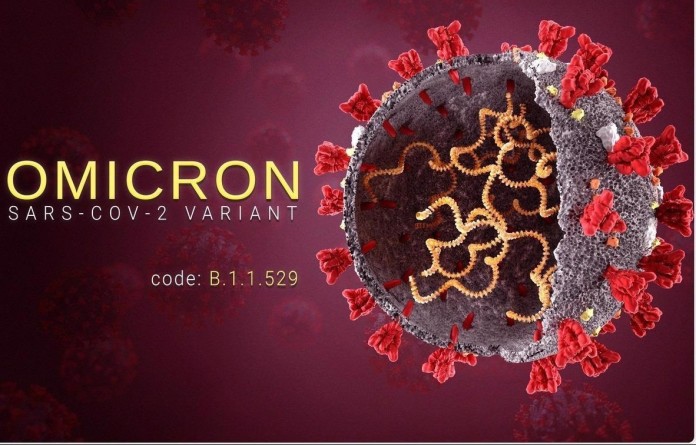 A study of Omicron’s sub-variant BA.2 had alarming results. Accordingly, it was noted that the Omicron sub-variant, which is stated to be more contagious, can cause more serious diseases.
According to the weekly report published by the World Health Organization (WHO/WHO), it has been stated that the BA.2 variant of the Omicron mutation of the COVID-19 virus has become dominant in 10 different countries; It was noted that the rate of BA.2, which was stated to be more contagious than the BA.1 variant of Omicron, increased to 21.09 percent in Omicron cases.

Thereupon, the curiosity and concern for BA.2, a sub-variant of the Omicron variant, naturally increased. In a recent study on BA.2 in Japan, it was determined that BA.2 can cause much more serious diseases in addition to spreading faster than other mutations.

BA.2 resistant to some treatments
It was stated that the BA.2 variant, which was examined in detail together with laboratory experiments, could neutralize the drug and precautionary methods taken against the COVID-19 virus. Accordingly, in the study, it was reported that BA.2, similar to Omicron, was largely unaffected by the immunity and protection provided by vaccines.

It was noted that the variant, which was stated to have a 74 percent effect on the booster COVID-19 vaccine dose, was resistant to some treatments such as sotrovimab, a monoclonal antibody used in the fight against Omicron.

Making evaluations about the research, the head of the microbiology department of the Cleveland Clinic in Ohio, USA, Dr. Daniel Rhoads, on the other hand, stated that BA.2 may be a worse virus than BA.1, and said, “It can be transmitted more and cause worse disease.”

30 to 50 percent more contagious, according to Omicron
Kei Sato, a researcher from the University of Tokyo, who led the study, emphasized that their findings are proof that BA.2 should not be considered as a sub-variant of Omicron and that the variant should be followed more closely. In addition, Sato pointed out that the reason BA.2 is designated as a “Hidden Omicron” is that BA.2 does not appear as an S-gene target error in PCR tests, just like Omicron.

The BA.2 variant, which is stated to have more mutations and different gene changes than Omicron compared to the virus that caused the original COVID-19, is currently detected in 74 countries and its transmission power is 30 to 50 percent higher than Omicron. known.

Forest submerged for 60 thousand years may be a source of...