Home Entertainment Friends: Who Joey ended up with (and why he didn’t get married) 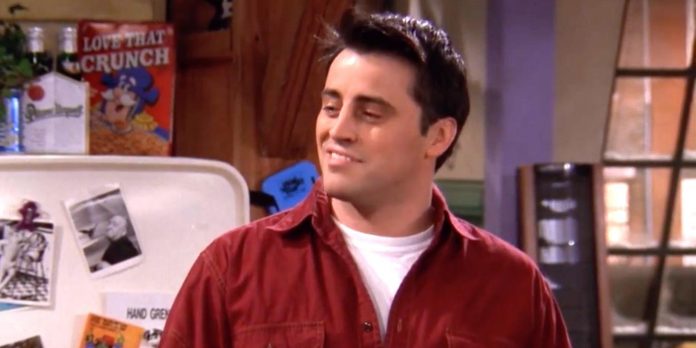 Joey Tribbiani was the only character in Friends who never had a serious relationship, and although he was single when the series ended, he eventually found a suitable partner. Created by David Crane and Marta Kaufman, The Friends series debuted on NBC in 1994 and lasted for nine more seasons, ending with the finale at the airport with Ross and Rachel in 2004. “Friends” are still very popular, especially now that they have become part of the whole world. streaming thanks to HBO Max.

“Friends” tells about the ups and downs in the life of a group of six young people living in New York who struggled to balance their social, personal and professional lives. Over time, Monica, Rachel, Phoebe, Chandler, Ross and Joey became part of pop culture and had such an impact on viewers that the series “Friends” was dedicated to one of the most beloved characters: Joey (Matt Leblanc).). The show, appropriately titled “Joey”, told about the life of the main character after the finale of “Friends” and took viewers to Los Angeles when Joey moved there to focus on his acting career.

Related: Friends Should have Used Joey Differently (and Better) in the Final Season

Joey’s acting career was not easy, and he also continued to date many women throughout his arc in Friends. Throughout the series, Joey had a difficult relationship with his neighbor Alex (Andrea Anders). They met in the pilot episode of “Joey”, where he clearly tried to flirt with her only to find out that she was married. Alex got divorced and started a romantic relationship with Joey, but, like him, she had some problems with obligations and the concept of marriage (although, of course, for other reasons). Joey and Alex ended up in a committed relationship, and although they were engaged, they had no plans to get married by the end of the episode.

Joey never got married after friends

Joey never married, although Joey proposed to Phoebe and Rachel after finding out they were pregnant, and he was later engaged to Alex. However, Joey’s real problem was his fear of commitment. What was most important to Joey towards the end of his series was settling down, which doesn’t necessarily involve getting married. Both Alex and Joey had doubts about marriage, which is understandable given their own experience and how their relationship developed, but a serious relationship was a big step for them. By the end of the Joey arc, he was ready to settle down with Alex, and this is much more important and meaningful for the character than marriage.

Although Joey didn’t have the same happy ending as the rest of the Friends characters (including Phoebe Buffe), Joey’s ending matched his character. Joey never aspired to commitment, and this was evidenced by his numerous interactions with women in the series. However, it was an integral part of his character. Giving him the same ending as everyone else would cheapen the character as a whole and remove a huge part of who the showrunners made him. Joey’s less popular spin-off was supposed to continue the arc of his character and concretize everyone’s favorite ladies’ man.

His relationship with Alex did grow in the series, but the fact that they never got married could upset some viewers, and ultimately it was the right choice for him, given his character throughout his run in both series. Such an ending would not fit the character, and seeing Joey get married would ultimately be a disappointment. It’s possible that in Joey’s Friends spin-off, he and Alex could get married at some point after Joey’s events, given that they’ve already decided this, but that’s not really what Joey needs. After all, Joey was the only one of the main group of friends who didn’t get married, but he ended up having a serious relationship with Alex, and he grew up in the process.