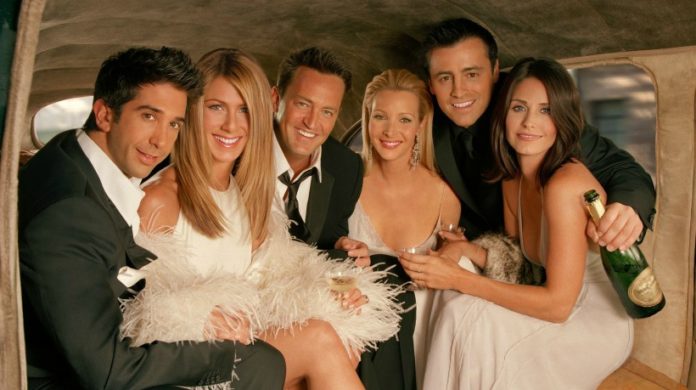 Friends meeting delayed by coronavirus. The unscripted special, which would bring together stars Jennifer Aniston, David Schwimmer, Courteney Cox, Matthew Perry, Lisa Kudrow and Matt LeBlanc, as well as creators David Crane and Marta Kauffman, would be filmed next week, but was postponed at least to May.

When it finally seemed that Friends fans would be having their long-awaited reunion, the outbreak of the coronavirus has caused the long-awaited special episode to be delayed.

The unscripted special, which would reunite stars Jennifer Aniston, David Schwimmer, Courteney Cox, Matthew Perry, Lisa Kudrow and Matt LeBlanc, as well as creators David Crane and Marta Kauffman, was expected to be filmed next week, but now It has been delayed until May at the earliest.

The special was expected to help launch HBO Max in May and was to be a companion to the original series, which WarnerMedia purchased for $ 400 million. The company beat Netflix in the battle for rights, after the comedy originally aired its 10 seasons on NBC.

According to THR, the cast will earn more than double their previous salary per episode for the meeting, a figure set at between two and a half and three million dollars. The cast has already renegotiated their salaries during the original series broadcast to one million per episode, an unprecedented figure on television.

In addition to reaching a financial agreement, timing coordination was also one of the central issues in the agreement. Aniston, for example, is also working on Apple’s The Morning Show, which is among the fictions that have halted production for the coronavirus pandemic. Cox recently signed to headline a Starz horror comedy. LeBlanc leads the cast of the CBS comedy Man With a Plan, while Schwimmer stars in a European drama to air in Peacock.

The main reason for the healing in the ozone layer was...

US Congressman: “Ripple (XRP) Is Not A Stock”

Lucifer Season 6?Netflix No Longer Wants To Cancel The Series