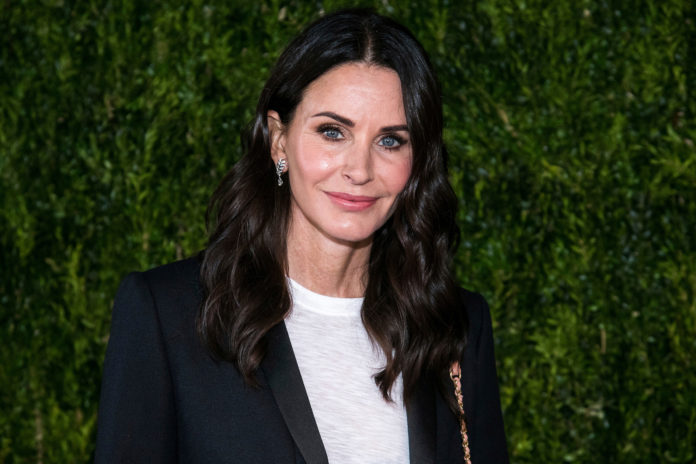 Friends: Courteney Cox (Monica) keeps a funny memory of the shooting. A funny and at the same time very surprising memory coming from the legendary actress of the show!

While we are still waiting to know when the shooting of the special episode of Friends will be postponed , Courteney Cox she takes advantage of the confinement to review her copy. Indeed, interviewed by Jimmy Kimmel for his program Quarantine Minilogue broadcast on Youtube, the young woman made her a funny revelation. And for good reason, the latter who nevertheless interpreted the flagship role of Monica in the legendary series during 10 seasons (236 episodes!) Would not have kept any memories of the shooting. A very surprising statement for the latter who also stressed wanting to take advantage of the imposed quarantine to catch up, by binge-watching the whole series !

“People keep asking me all these questions about Friends. But I barely remember playing in this show. I have such a bad memory,” she told the presenter. Before resuming: ” I obviously remember having fun with the whole team. I also remember certain moments in my life when I was there, but I don’t remember filming any particular episodes” . Then to conclude with humor and self-mockery: “I will fail all the tests that I will be given” . A confidence which could then be verified when Jimmy Kimmel tested the young woman on her knowledge of the series via Trivial Pursuit.also lost 0 to 5, facing the presenter’s cousin. No hard feelings for the latter who however accepted his defeat with a smile. Until you can watch the long-awaited special episode, discover the credits of Friends remastered in containment mode .

See Also
"It should look like a time capsule and not because of what he did wrong." Lisa Kudrow defends that 'Friends' was a progressive series