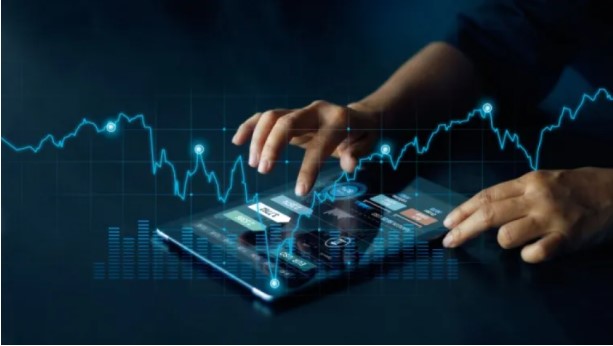 As Somanews, in this article, we will include analyst Rakesh Upadhyay’s predictions about BTC, ETH, BNB, XRP, ADA, SOL, AVAX, LUNA, DOGE and DOT cryptocurrencies. We would like to bring to your attention that the realization of the analyst’s predictions is not certain and each investor is responsible for doing their own research. You can see the Bitcoin (BTC) price and detailed market data here.

Bitcoin and altcoins surprised investors with a sharp bullish burst on February 28, signaling a possible change in the short-term trend. Bitcoin (BTC) broke above $40,000 on February 28, although the S&P 500 remained soft. This suggests that the correlation between Bitcoin and the US stock markets may be showing the first signs of divergence. Can the bulls sustain the momentum and push Bitcoin towards the next general resistance? Will altcoins join the party? Let’s examine the charts of the top 10 cryptocurrencies to find out.

BTC/USDT. Bitcoin fell from the 50-day simple moving average (SMA) ($40,261) on February 26, but the bears failed to push the price below $37,000. The price rebounded sharply on February 28 and the bulls broke through the general hurdle at the 50-day SMA. If the bulls sustain the price above the 50-day SMA, the BTC/USDT pair could begin its northward journey towards the resistance line of the channel. Bears are expected to make a strong defense at this level. The bulls will have to push the pair above the channel to indicate that the correction may be over.

BNB/USDT. BNB bounced back from the 20-day EMA ($385) on February 26, but the price recovered sharply after the strong support at $350 on February 28. This indicates that the price is stuck between these two levels. Both moving averages are sloping down and the RSI is just below the midpoint, suggesting that the bears have a slight edge. If the price breaks from the 20-day EMA, the probability of a drop below $350 increases. If this happens, the BNB/USDT pair could drop into the $330 to $320 support zone. Conversely, if the price rises from the current level and rises above the moving averages, it will indicate that the bulls are trying to bounce back.

Predictions for XRP and ADA

XRP/USDT. Ripple (XRP) turned down from the downtrend line on February 26, showing that the bears are fiercely defending this resistance. A minor positive is the bulls defending support at the 50-day SMA ($0.72). If the price stays above $0.75, the bulls will again try to push and sustain the XRP/USDT pair above the downtrend line. If successful, it could clear the way for a possible rally to $0.91. Alternatively, if the price declines from the current level, the bears will attempt to push the pair below $0.68. If that happens, the pair could retest the February 24 intraday low at $0.62.

ADA/USDT. The bulls have held Cardano (ADA) above $0.82 over the past few days but are struggling to push the price to the $1 breakout level. This indicates that demand is drying up at higher levels. The longer the price stays below the moving averages, the more likely it is to retest the recent intraday low of $0.74. If this support is broken, the downtrend could resume and the ADA/USDT pair could drop to $0.68. Contrary to this assumption, if the price rises and breaks above $1, it means that the markets are rejecting the lower levels.

SOL/USDT. Solana (SOL) is stuck between the 20-day EMA ($94) and strong support at $81, but this narrow range trading is unlikely to continue for long. The RSI is showing signs of forming a positive divergence, indicating that the bearish momentum may slow. If the bulls push and sustain the price above the 20-day EMA, the SOL/USDT pair could rise to the resistance line of the descending channel. A break and close above the channel will be the first indication that the bears are losing control.

Status on AVAX and LUNA

LUNA/USDT. Terra’s LUNA token fell from $80, but the bulls successfully defended the immediate support at $70. This indicates that traders pile up on every small drop. Buying gained momentum on Feb. 28 and the bulls pushed the price above the overhead resistance at $70. The rising 20-day EMA ($62) and the RSI in the overbought zone suggest that the bulls are in control. The LUNA/USDT pair can now rally to $90 where the bears could form strong resistance again. A break and close above this level could push the pair to its all-time high of $103.

Outlook for DOGE and DOT

DOGE/USDT. Dogecoin (DOGE) is struggling to bypass the strong support at $0.12, indicating that there is no urgency to buy higher levels among the bulls. The longer the price clings to the strong support at $0.12 without a strong bounce, the higher the probability of a breakout. If the bears pull the price below $0.12, the DOGE/USDT pair could retest the psychological support at $0.10. This is an important level for the bulls to defend because if it breaks, the sell-off could intensify further and the pair could drop to $0.06. The first sign of strength will be a break and close above the 50-day SMA ($0.14).

DOT/USDT. The recovery of Polkadot (DOT) has stalled at the downtrend line, which indicates that sentiment is downside and traders are selling to strong resistance levels on rallies. The price could get stuck between the downtrend line and $14 for the next few days. If the bears pull the price below $14, the DOT/USDT pair could resume its downtrend and drop to the strong support at $10. Buyers will have to hold and sustain the price above the downtrend line to signal that the bears may lose control. The pair could then rise to the overhead resistance at $23, where the bears can form a strong defense.