Home Crypto Fresh Forecasts for Bitcoin and These 9 Altcoins Are Out: Here are... 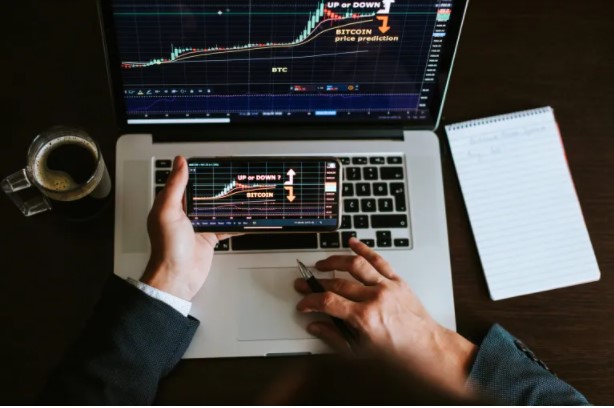 Forecasts for bitcoin and altcoin projects

Bitcoin (BTC) and most major altcoins are trying to start the new week on a positive note, bouncing off their respective support levels. Bitcoin is facing stiff resistance at $42,594, which indicates that the bears continue to sell higher. The bears try to push the price below the moving averages, while the bulls try to keep the price above it. Both moving averages have flattened out and the relative strength index (RSI) is near the midpoint, suggesting a balance between supply and demand. If the price drops below the moving averages, the BTC/USDT pair could drop to $37,000.

Ether (ETH) dropped from overhead resistance at $3,000 on March 19, but the bears failed to push the price below the moving averages on March 20. This shows that the bulls are buying on small dips. The bulls will attempt to push the price above $3,000 and challenge the resistance line of the symmetrical triangle. This is an important level to watch out for because a break and close above it will signal a possible change in trend. The ETH/USDT pair could then rally to $3,500.

BNB broke and closed above the 50-day simple moving average (SMA) ($390) on March 17, but the bulls failed to develop this advantage. The long wick on the March 19 candlestick indicates selling at higher levels. The BNB/USDT pair bounced back to the 20-day exponential moving average (EMA) ($386) on March 20. The fact that the bulls do not allow the price to drop below this level is a minor positive point. This indicates that the bulls are buying on the dips. If the price rises and rises above $407, the upward move could continue and the pair could rise to $425.

Ripple (XRP) bounced off the 20-day EMA ($0.77) on March 18 and hit the downtrend line on March 19. The bears defended this level again but failed to push the price below the 20-day EMA. This indicates strong buying on the dips. Both moving averages are starting to rise and the RSI is in the positive zone, which indicates that the path of least resistance is to the upside. If the bulls propel and sustain the price above the downtrend line, buying could accelerate further and the XRP/USDT pair could rise to $0.91.

Terra’s LUNA token bounced off the 20-day EMA ($86) on March 18, indicating that the sentiment is positive and traders are buying on the dips. Buyers pushed the price up to the firm overhead resistance at $96, where the bears have formed a strong defense. If the bulls break this hurdle, the LUNA/USDT pair could retest its all-time high of $105. The bulls will need to push and sustain the price above this level to signal the resumption of the uptrend.

Solana (SOL) tried to break above the downtrend line on March 19, but the bears had other plans. They defended the level and lowered the price to the 20-day EMA ($87) on March 20. Buyers have successfully defended the 20-day EMA and will try to push the price back above the downtrend line. If they achieve this, the descending triangle pattern will be invalid. The failure of a negative setup is a positive sign as it traps a few bears who may have sold in anticipation of a breakdown.

Bulls are active in the favorite altcoin ADA

Cardano (ADA) rallied above the 20-day EMA ($0.86) on March 19, and the bulls stopped the bears’ attempts to push the price below the level on March 20. This indicates that buyers are trying to start a relief rally. The bulls will now try to push and sustain the price above the overhead resistance at $1. If they are successful, it will suggest a possible change in trend. The ADA/USDT pair could then rally to the next overhead resistance at $1.26.

AVAX closed above the descending channel on March 18 and the bulls successfully defended the breakout level on March 20 and 21. The 20-day EMA ($78) rose and the RSI jumped into the positive territory, giving buyers an advantage. If the bulls hold and sustain the price above $93, the AVAX/USDT pair could rise to the psychological level at $100. The bears might try to stop the rally at this level, but if the bulls don’t give up much ground, a break above it is more likely.

Polkadot (DOT) broke and closed above the overhead resistance at $19 on March 19, but the bulls failed to build on this advantage. The bears took this opportunity and pushed the price below $19 on March 20. A minor positive is that the bulls are not allowing the price to drop below the moving averages. The flat moving averages and the RSI just above the midpoint suggest that the bears may be losing control. If the price rebounds from the current level, the bulls will attempt to clear the overhead barrier at $20.

Expert: Gold Will Hit These Levels In A Few Weeks!

JPMorgan Warns Against Loss of Power in Bitcoin