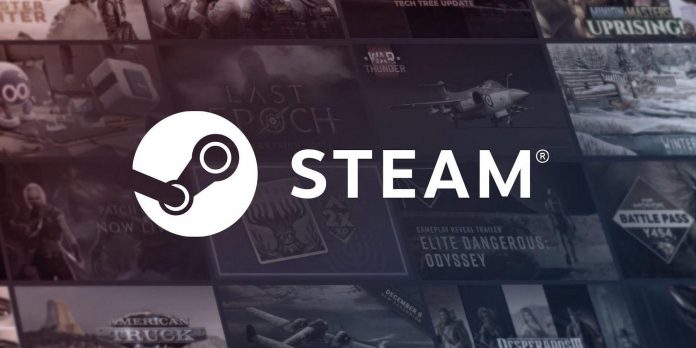 Despite the fact that Valve has a solid track record of its work on Steam, it is still far from perfect, and the developer of the SteamDB community tool has just had to deploy a plugin-based performance fix for one of the main functions of the marketplace. First launched in 2003, Steam has a lot of outdated code that is holding it back in some ways, and which Valve seems to be in no hurry to fix.

Namely, Pavel Jundik has just published his new GitHub page titled “If Valve doesn’t do it, I’ll do it”, which not only hosts his SteamDB browser plugin, but also significantly increases the speed and reliability of Steam Profile Games pages for users. The creator of SteamDB was disappointed with how long this particular page took to load for users with large game libraries, and decided to take matters into his own hands.

An extremely popular community resource, Djundik’s SteamDB has been around for almost as long as Steam itself, and although some companies consider SteamDB to be a pirate website, this could not be further from the truth, as it is a simple repository of information that anyone can freely link to. His development of SteamDB means that Jundik has a good idea of how Steam works in general, and he was disappointed by the extremely inflated loading time, especially on the user profile games page, which displays information about their playing time, achievements and much more. In what Jundik said was a simple solution, he managed to reduce the 7-minute download to 10 seconds, which is a stunning improvement.

Having recently added many significant updates to the Steam shopping feature, Valve by no means loses sight of the service, but Jundik’s statements suggest that a lot of work needs to be done to optimize Steam as a whole. Users interested in implementing Djundik’s large-scale performance optimization should look for SteamDB in their browsers’ plugin stores, although he mentioned that it may take some time before version 3.6.0 is approved for download.

Although the company may not be optimizing Steam as much as many hope, Valve has recently taken an active position to make the service as user-friendly as possible. Earlier this month, Valve blocked several accounts of Steam curators who lured game keys from developers. This problem still remains with other, less well-known curators, but at least steps are being taken to mitigate the concerns associated with the problem.

It is quite possible that a fix similar to the one developed by Pavel Jundik is officially launched in the Steam client update, but it is unknown when this will finally happen. Currently, Valve seems to be focused on preparing the Steam Year in Review feature, which Jundik himself initially discovered thanks to SteamDB. Of course, the obvious disadvantage of Jundik’s work is that its plugin will only work when using Steam in browser mode, which means that the official launcher of the application/game itself will remain unoptimized until Valve decides to do something about it.

Halo Infinite: Season 2 Will Allow You To Earn Credits In...