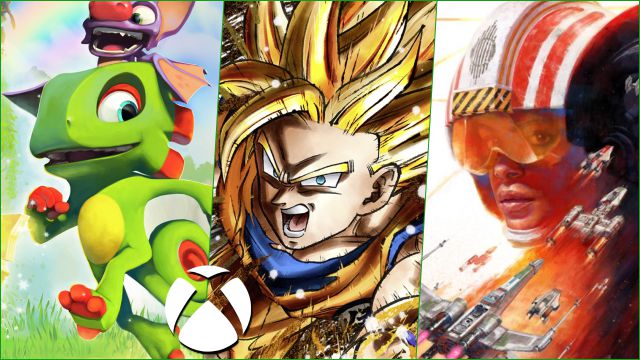 All three games can be enjoyed for free if we are Xbox Live Gold members or have an active Xbox Game Pass Ultimate account.

Microsoft has confirmed the three free games that are part of the Free Play Days program for the weekend of January 15-18 on Xbox One and Xbox Series X | S: Dragon Ball FighterZ, Star Wars Squadrons and Yooka-Laylee. All Xbox console players who are subscribed to Xbox Live GOLD or have an active account in Xbox Game Pass Ultimate can enjoy these three great titles at no additional cost, in their full version, and taking advantage of all the multiplayer aspects during those dates.

This time it’s not exactly about little-known games, but let’s start with the dates: from Thursday, January 14 to next Monday, January 18 at 08:59 AM (Sunday, January 17 at 23:59 PDT). To download them, just access our Xbox One, Xbox Series S or Xbox Series X console and search for any of them; we will see that its download is free. It is necessary to log in with the account that we have active with one of the two services indicated.

Star Wars: Squadrons is EA Motive’s new bet in the Star Wars universe. Starfighters, X-wings, TIE fighters and more in frenetic first-person multiplayer combat. We can customize the equipment and compete against other players in different game modes.

Dragon Ball FighterZ is an old acquaintance. The version that we can access for free this weekend is the standard version, which is precisely short in content. Arc System Works signed a couple of years ago an excellent classic 3v3 fighting video game, which has been enriched over time and has established an impeccable gameplay that every Dragon Ball lover should at least try. There is no exclusion.

Yooka-Laylee is the first project of Playtonic Games, former Rare workers and experts in this of the platforms (both 3D and 2D) after their experience with works like Banjo Kazooie. Nowadays, with the patches applied, this free camera adventure is very enjoyable, it has really well designed phases and an incalculable amount of collectibles; an old school collectathon that, if you liked the aforementioned, Super Mario 64 or Donkey Kong 64, you can even give it time to finish it this weekend.