Home Entertainment Free PS4, PS5, PC and Xbox Games For This Weekend of May... 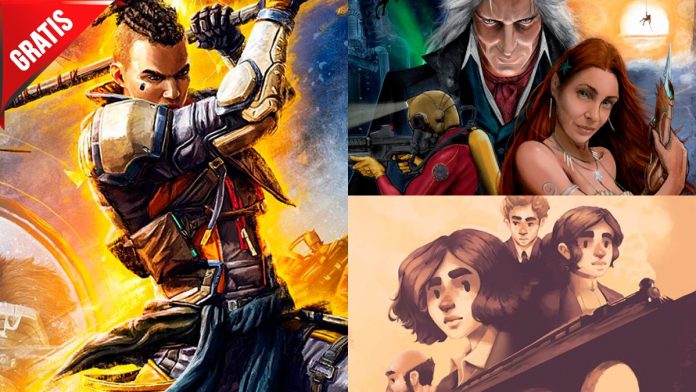 PS5: We reveal the five proposals to play for free this weekend, where the shooter has an important presence with two interesting titles.As every weekend we return with a series of proposals to play for free during these days, among which we want to highlight the new game by Locomalito and Gryzor98, Mutants from the Deep, reminiscent of the 8-bit era. In addition, we have the usual weekly rotation of Epic Games and a few free to play titles for PC and other platforms, among which we find Scavengers, the new shooter with former Halo developers involved.

Enlisted, on all platforms

Recently arrived on consoles and PC, Enlisted proposes us to relive some of the most famous battles of World War II. With a technical section to take into account for a free game, it has a peculiar game system according to which each player manages a squad of four soldiers to whom they can give orders. It also has a very deep customization system for each of the available classes.

With Josh Holmes, one of the thinking heads of Halo development in recent years, comes Scavengers, for the moment in early access on Steam. In this new third person shooter, players will form squads of three in a game with an open environment where the search for loot plays as important a part of survival as marksmanship.

The Lion’s Song, on PC

The Fortnite creators store brings us The Lion’s Song for free this week, a narrative adventure that takes us to Austria in the early 20th century. Its protagonists are a painter and a mathematician who try to unleash their creativity in a time before the great wars. With more conversations and decisions affecting the plot than puzzles, this is a perfect game for an afternoon thanks to a tight duration.

The NBA season is about to enter its decisive phase, and Xbox Free Play Days offer us to spend the weekend with the basketball simulator par excellence. It is a good opportunity to try it, since now it is possible to find it at a reduced price on practically all platforms, and it has more than enough content to keep us entertained with the sport of the basket until the launch of the next installment.

Mutants from the Deep, on PC and MSX

Fans of classic shooter titles have an unmissable date with the new work from the creator of Maldita Castilla and Super Hydorah, Mutants from the Deep. We are talking about a game with a different proposal than the current shoot’em up, since more than frenzy in its action, it requires excellent precision to play to continue advancing in the game. In addition, it has two protagonists, a diver and a mermaid, with whom the gameplay feels different by having different characteristics.

What Chloe Bailey is looking for in a partner