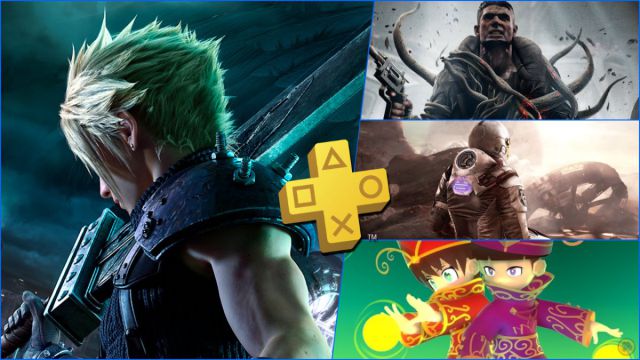 Final Fantasy VII Remake, Remnant: From the Ashes, Farpoint, and Maquette are the games of choice for PlayStation Plus members in March.

Sony Interactive Entertainment has confirmed the free games for this month of March 2021 for users subscribed to PS Plus on PS5 and PS4. After a very celebrated month of February, the Japanese company seems willing to continue giving strong reasons to subscribe to its loyalty service on PlayStation consoles. Those reasons are, during the month of March, the following: Final Fantasy VII Remake for PS4, Remnant: From the Ashes for PS4, Farpoint – VR for PS4, Maquette for PS5 and Jade’s Ascension (PlayStation Talents).

Final Fantasy VII Remake, free in March with PS Plus

The big name, the big bet: Final Fantasy VII Remake. After learning about Final Fantasy VII Remake Intergrade for PS5, which will arrive in June, PS4 players who have not yet played the remake of the unforgettable seventh numbered episode of the saga will be able to do so from March 2 to April 5 at PS4; free with PS Plus. A title celebrated by the love that has gone into recreating Midgar, which reimagines and modernizes many aspects, with a combat system spiced up by an unforgettable soundtrack.

This version of the game offered during March with PS Plus for PS5 will not update for free to PS5.

Remnant: From the Ashes, Farpoint VR and Maquette

Similarly, from March 2 to April 5, Remnant: From the Ashes for PS4, Farpoint – VR for PS4 and Maquette for PS5 are the other three free video games for players subscribed to PS Plus.

Remnant: From the Ashes is a survival title set in a post-apocalyptic world in which we must travel through portals to learn about the origins of the planet’s invaders, collect resources, and fight to rebuild the legacy of the human race. At Farpoint we can take advantage of the PS VR virtual reality headset to embark on a virtual journey to a dangerous and alien environment; while Maquette is a recursive first-person puzzle game where all buildings, plants and objects have decreased in size.

Finally, this March, Jade’s Ascension is offered to PS Plus subscribers in Spain, an action and arcade adventure where we must overcome rooms full of enemies. The game has been developed by the Canarian studio Papas with Mojo Games, within the PlayStation Talents Games Camp program. Its development is supported by the Gran Canaria Economic Promotion Society (SPEGC).

We remind you that Destruction AllStars will continue to be available on PS Plus throughout the month of March; specifically, until next April 5.

The last great attraction of PS Plus, this time exclusively for those who have made the leap to the next generation with PS5, is the PS Plus Collection: a collection of 20 defining PS4 video games at no additional cost. Just select them, add them to your library and enjoy them comfortably on your PS5; some have FPS improvements, not just reduced load times. We are talking about works such as Resident Evil 7, Crash Bandicoot N. Sane Triloy, Infamous Second Son, Batman Arkham Knight, Bloodborne, Fallout 4, Monster Hunter: World, Persona 5, God of War, Days Gone, The Last Guardian or The Last of Us Remastered.

Tokyo Revengers: Baji comes to life thanks to this Chilean cosplayer

Paradise and The Serpent: Trailer of the Netflix miniseries