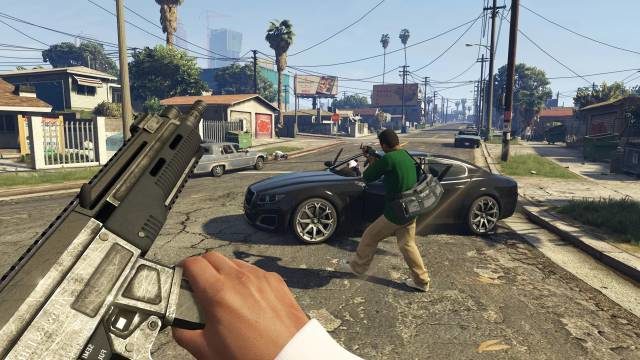 One of the most popular games in the world at the end of a study made to play GTA 5 with VR sets, has got full VR support. With the mod developed by a Reddit user named LukeRoss00 user, all of GTA 5 can be played with VR sets.

The GTA 5 VR mode, developed for a wide list of compatibility, is simple to set up. Unpacking the files downloaded from GitHub and running the file is enough to play the game with VR sets.

In GTA 5 VR mode, developed by LukeRoss00, graphics settings can be updated without restarting the game. If you have a good computer, you can use all the graphics modes of the game with VR sets.

In the new version of the improved VR mode, a number of minor issues have been fixed as well as major graphics issues. It is now easier to point the camera in the game. In addition, the flickering on the screen has been resolved and the problems in the post-processing effects have been eliminated. You can find the GTA 5 VR mode developed by LukeRoss00 here.