Home Entertainment Free games in the Epic Games store on July 7 both accept... 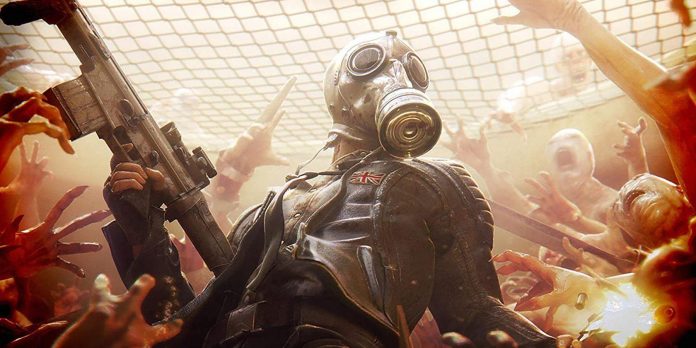 July has arrived, which means that fans can expect a lot of new free games in a number of services, such as PS Plus Premium, Xbox Game Pass and Epic Games Store. The latter has already announced two free games that users will be able to access on July 7, after its typical release and showing every Thursday.

Epic Games Store users can get three games right now, namely Geneforge 1: Mutagen, Hood: Outlaws and Legends and Iratus: Lord of the Dead, and on Thursday they will be replaced by Ancient Enemy and Killing Floor 2. Once they are released, players will have time until next Thursday at 10:00 Central European time to get them when the Epic Games Store free games will also be announced on July 14. However, for those interested in Ancient Enemy and Killing Floor 2, here’s what they need to know.

Ancient Enemy completely occupies its niche, and for fans of card games, it is likely to become an indie gem. This is a strategic role-playing card game, the tactics of which can be described as a kind of solitaire. Each duel takes place in a world where evil has already won, and the player draws strength from the life, soul and landscapes of the Earth to fight evil, distorted monsters with various spells and abilities. The story has been described as folklore and embodies the story of the heroes, where they must go all the way to the evil citadel and defeat their evil enemy.

Fans of Darkest Dungeon and Slay the Spire can find something here that they will especially like, since the developers of Ancient Enemy refer to them as a source of inspiration. They can also challenge themselves in the same spirit by going all the way through the nightmarish difficulty.

Killing Floor 2 and Ancient Enemy don’t have much in common in terms of gameplay, but they do in terms of theme. Ancient Enemy takes place after the collapse of society in a ruined world; Killing Floor 2 is in a hurry to get there. The destruction of the latter followed an unsuccessful outbreak of the experiment, when clones of samples were everywhere, and the inhabitants of Europe were forced to survive. However, players are taking the place of those who are trying to fight back, as players of Killing Floor 2 will face clone outbreaks as the main game cycle.

Killing Floor 2 is an action shooter with tons of blood thanks to the correct blood system (the term that comes to mind is “from limb to limb”), co—op for up to 6 players, PvP mode for 12 players, fantastic and unique enemies and weapons, and much more. Melee combat is just as brutal as it was at the beginning, and players can maximize their characters with a huge perk system.

Overall, for those looking for something bloody and violent, Killing Floor 2 offers it in spades. For those who like post-apocalyptic or apocalyptic scenarios, this should be a good week in the Epic Games store.