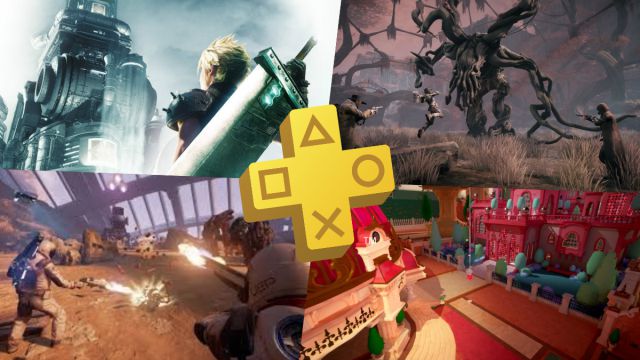 Final Fantasy VII Remake, Remnant: From the Ashes, Maquette, and Jade’s Ascension are now free to download on PS5 and PS4 for PS Plus members.

Sony Interactive Entertainment activated the free games this March 2021 for players who have an active PS Plus account on PS5 and PS4. After knowing the confirmed titles, which this time are Final Fantasy VII Remake for PS4, Remnant: From the Ashes for PS4, Farpoint – VR for PS4, Maquette for PS5 and Jade’s Ascension (PlayStation Talents), it is time to claim them from our PSN account from PS Store and enjoy them at no additional cost as long as we keep our PlayStation Plus subscription active.

It may interest you: March free games on PS Plus, Xbox Gold, Prime Gaming and Stadia Pro

Final Fantasy VII Remake, free with PS Plus for PS4 and PS5 (via backward compatibility)

The famous remake of the seventh numbered episode of the Square Enix saga can now be downloaded for free on the PS Store by simply logging in from the PS Store and making sure we have the PlayStation Plus account active. Final Fantasy VII Remake can be claimed from this Tuesday, March 2, until next April 5. The weight of the game is 90 GB, it is recommended to have more than 100 GB free on our console due to the updates that have taken place.

On the other hand, we have Remnant: From the Ashes for PS4, Farpoint – VR for PS4 and Maquette for PS5, also available for download. Like Jade’s Ascension, from the national shuttle PlayStation Talents, all of them free with PS Plus until April 5, 2021. Finally, Destruction AllStars, the crazy multiplayer title for PS5 that is still available on PS Plus throughout the month of March and until next April 6, when it will be relaunched on the PS Store at a price of 19.99 euros.

Ratchet & Clank, free for PS4 with Play At Home

If all of the above is not enough, it must be said that the Play At Home initiative has already begun, which will last four months (from March to June) with free games and content for PlayStation players. The first free video game —without conditions; You don’t need to be a PS Plus member — it’s Ratchet & Clank for PS4, the 2016 reboot, now available totally free from the PS Store until April 1.

Watch: Yoo Young-seok Is Amazed by The Charming Teasing of Geum...