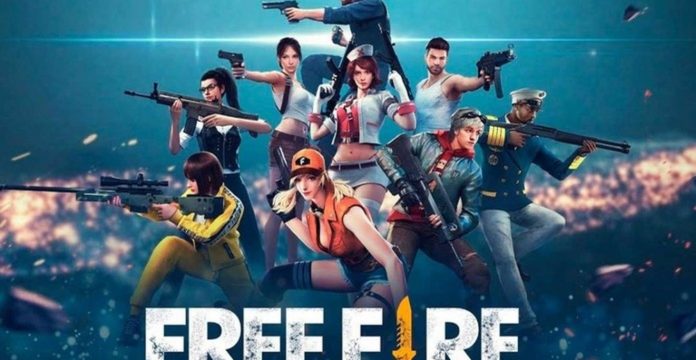 Free Fire is the game developed by Garena to download for free on Android phones and iPhone (iOS). The game of the Battle Royale genre set record downloads and became one of the most famous esports in Brazil. Free Fire requires the player’s sharp aim to become the last survivor on the map and do well in the ranks. With that in mind, Somagnews has prepared five essential tips to improve your aim and hit your head. Check out the tutorial below.

Edit settings
The first thing a user needs to do is spend a few hours testing the different sensitivity options until he finds the pace that best suits his style of play. To reconfigure the crosshair, click on the gear icon and open the settings menu.

After that, access the “Advanced Settings”. There the player can edit the target sensitivity level between zero (least sensitive) and one hundred (most sensitive) points. It is possible to test different sensitivities in real matches until you find out which one fits the style of each one better, since each player has different styles.

Aim more free
In the settings menu, access the “Controls” tab, right next to “Sensitivity”, and make sure to leave the option “Preciso na Mira” checked. As a result, automatic assistance that makes it more difficult to take more accurate shots will be disabled. If you are a novice player and have not yet understood the basic dynamics of shooting, there is no point in activating “Preciso na Mira”. Do this after you are more familiar with the gameplay.

Focus on headshots
In the first hours of play, it is normal for a player to be content with hitting only the most basic shots. As long as you take down opponents and win fights, the result is good enough. However, if a user really wants to improve their aim, they should try to shoot enemies in the head.

See Also
Free Fire: all reward codes and how to redeem them

Headshots do more damage than shots fired at opponents’ bodies. Since the impact area of ​​the head is much smaller than the human torso, hitting these shots is much more challenging, but practice makes perfect. Whenever you have the chance, aim and practice exhaustively hitting the head to add more kills.

Train in the Lobby
Before each Free Fire match begins, players gather in a loading lobby while waiting for the room to be complete for the match to actually start. In the meantime, take the opportunity to shoot a lot, as there is no punishment for missing shots or even being shot. Using this lobby for training brings the custom with the firing rate of weapons. See which players are on the move and try to hit progressively more difficult targets.

Use sniper rifles
When it comes to improving the aim, no weapon can match snipers, as they are the weapons that most require precision. In Free Fire there are several options for long-distance rifles, such as Dragunov, Kar98, CG15, AWM and SKS. As each of them has its own peculiarities, such as different range and damage, it is a good idea to practice with all of them.

By tapping the aim button in the right corner of the screen, the player triggers the aiming view, which is even more accurate. To take better advantage of the zoom of the weapons, it is necessary to always try to position yourself in places that are slightly covered, and with the advantage of having high ground. Thus, the player will have cleaner and easier shots to hit while training his aim. Somagnews has a comprehensive guide to playing with snipers, it’s worth a look.

Cyberpunk 2077: How to complete The Bad Reputation

Jim Ryan: The Last Of Us HBO Series “Are Just Beginning”