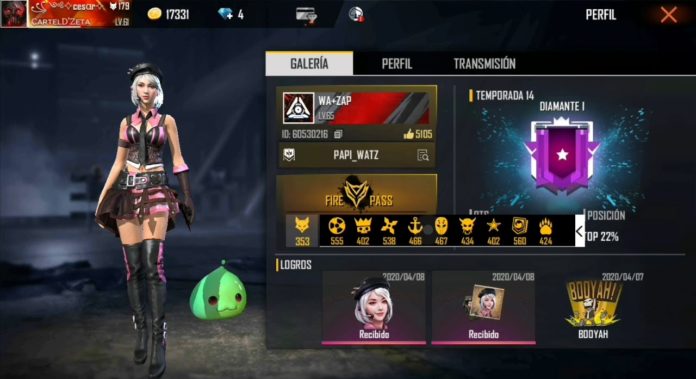 A Free Fire player came to attention on the Internet last weekend for spending more than 166 million diamonds at once. Diamond is the digital currency of Garena’s mobile game. To purchase this amount, it would be necessary to disburse approximately US $ 1.2 million (about R $ 6.33 million in direct conversion).

The “millionaire” player, who uses the nickname “{GMTH} AI2TT”, released a video on his YouTube channel on Saturday (11), where he shows his inventory with more than 5 million Badges from the Elite Pass Wild Agents. Free Fire is a Battle Royale available for download on Android phones and iPhone (iOS).

As if that weren’t enough, {GMTH} AI2TT already had more than 142,000 Elite Pass badges from previous seasons in its account. Several players around the world were perplexed by the amount of diamonds, doubting whether the player used any type of hack. As diamonds are paid and highly desired items, some illicit programs release the currency to cheaters.

But, according to Brazilian youtuber Walker Gaymer, {GMTH} AI2TT is a Thai moderator for Garena. In this way, he probably won the developer’s items. In the video, released last Sunday (12), the youtuber show the player’s profile and his millionaire collection.

Somag News contacted Garena to confirm that the player is one of their moderators. The developer ‘s representatives in Brazil said they are not used to “providing information about residents / influencers / members of outside teams”, but said they would try to contact Garena Asia. However, we did not have an answer until the closing of this matter.

How to manage autofill settings on Android?

Real Time Tumor Tracking Can Be Performed With The World’s First...