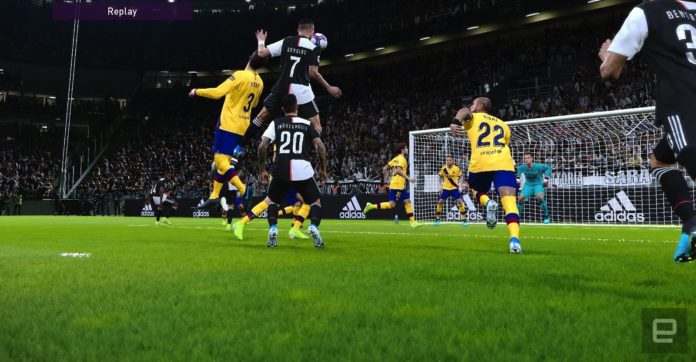 It has become official that the Euro 2020 European Football Championship, which has been put on the agenda due to the danger of the Corona virus surrounding the world, will be added to PES 2020 as a free DLC package.

The Corona virus outbreak has affected many industries. Of course, football is also affected by the epidemic in our country. While the leagues are postponed in Italy, organizations such as the Champions League are seen without spectators.

For now, this version will be exclusive for PlayStation, computer players will not be able to access this content yet. It is not known whether Konami will support the game with Euro 2020 content on other platforms.

55 countries, 2 stadiums
For the new DLC, all 55 national teams that are members of UEFA are licensed. In other words, in the game, we can control one of the giants like Germany, Italy, France, Spain or teams with the taste of “edible armada” such as Andorra, Malta and San Marino. With the DLC, where the official tournament trophy will take place, Wembley, the legendary stadium in England and St. Petersburg in Russia. St. Petersburg stadium will also be added to the game.

The update will also bring innovations to MyClub mode. Special “featured players” will be accessible through the tournament mode. There will also be special match days in the game, where you can represent your country on real-life match days.

Turkey will compete in the Euro 2020 European Football Championship. Our national team includes Italy, Wales and Switzerland. This time, the tournament will be organized not in a single country but spread across Europe.

3 New Phones to be Introduced by Nokia by June