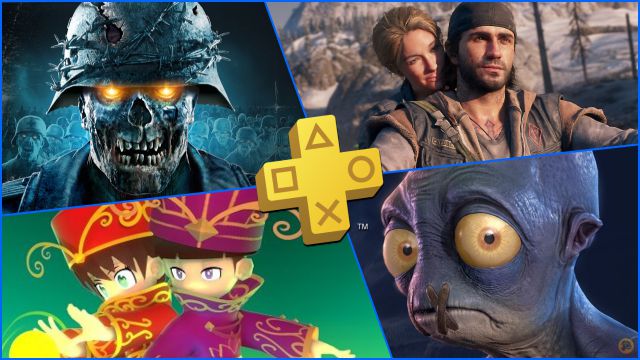 Oddworld: Soulstorm, Days Gone, Jade’s Ascension and Zombie Army 4: Dead War can now be downloaded for free if we are subscribed to the PS Plus service.

The free games for members subscribed to PS Plus for this month of April 2021 are now available for download. PS4 and PS5 players who have an active account in Sony’s loyalty service on PlayStation consoles can access the following titles at no additional cost from Tuesday, April 6: Oddworld: Soulstorm, Days Gone, Jade’s Ascension and Zombie Army 4 : Dead War.

All members subscribed to PS Plus can now claim the four games to their PlayStation Network account, with a deadline for next Monday, May 3. One of the main new additions to the PlayStation 5 catalog for this April is the action-platformer adventure Oddworld, which serves as a direct sequel to 2014’s Oddworld: New ‘N’ Tasty. This time, taking advantage of the hardware features next-generation Sony.

On the other hand, Days Gone, the acclaimed Sony Bend Studio title for PS4 that also has visual fidelity improvements on PlayStation 5, such as 60 FPS and reduced loading times. The adventure of Deacon St. John is the main claim of the month within the exclusives of PlayStation consoles. Those looking for shooting and zombies can feel comfortable with Zombie Army 4: Dead War, which takes us to the Europe of the 40s with campaign mode for up to four players. Finally, Jade’s Ascension comes from the hand of PlayStation Talents in Spain; a video game developed at the Games Camp in Las Palmas that immerses us in Chinese mythology.

9 free games for PS4 and PS5 with Play At Home: ABZU, Subnautica and more

We remember that from this March 26 until next April 23 at 05:00 CEST we can download the following video games for free and without having to subscribe to any service on PS4 (also on PS5 through backward compatibility). In the same way, Horizon Zero Dawn Complete Edition will also be totally free, without conditions, for all PS4 and PS5 players from April 20 at 05:00 CEST until May 15 at 05:00 ( CEST)

Experts Responded: If America Is Printing Money, Why Aren’t We Printing?