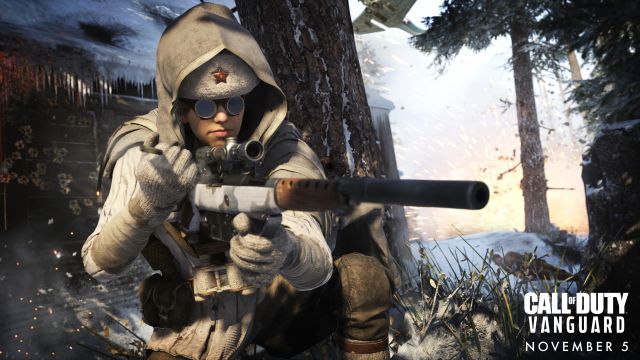 Games: We tell you the most outstanding free and sale games between December 17 and 19, 2021 on PS5, PS4, Xbox, PC and Nintendo Switch. New weekend, new grid of free games and offers. We tell you everything that will be at your fingertips on the main platforms during December 17 and 19. Whether you’re on PlayStation, Xbox, Nintendo Switch or PC, companies offer succulent promotions before the close of the week.

Call of Duty: Vanguard on PlayStation, Xbox and PC

Sledgehammer celebrates a free multiplayer weekend in Call of Duty: Vanguard, his latest work. This free framework will allow you to play on three delimited playlists, including three game modes across ten maps. The promotion will run until December 21. All the progress you make will be saved in your profile.

The PC community will have the possibility of accessing the complete Battlefield 2042 offer at no additional cost. Until next Monday, December 20 at 7:00 p.m. (CET), you will have the opportunity to enter the modern conflict through its main pillars . As with Vanguard, the progress you make will remain on your profile when you return.

Epic Games Store celebrates its Christmas campaign with a round of free games every day until the end of 2021. The first of those selected is Shenmue 3, which will remain until December 17 at 17:00 (CET). At the same time each day a new one will appear. Remember that once you redeem it, it will remain linked to your virtual library forever.

Ubisoft’s 35th Anniversary offers free access to Assassin’s Creed Odyssey on all platforms where it was released. Kassandra or Alexios Adventure is available at no additional cost for a limited period. December 20 at 20:00 (local time) will be the date where the test closes. Meanwhile you will have the opportunity to play it in its full version without restrictions.