Home Entertainment Frank Sinatra’s daughter said her parents were worried about the kidnapping, and... 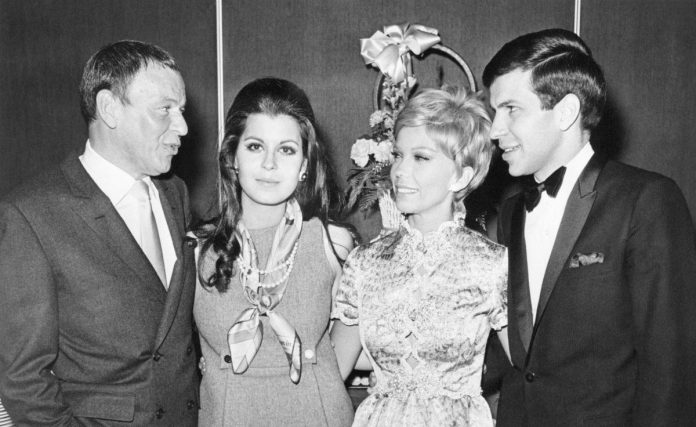 Although she grew up with a well-known father, Nancy Sinatra said that being Frank Sinatra’s daughter doesn’t make her childhood very strange. Sinatra became famous after Nancy was born, which means that her early years were relatively normal. She said things didn’t change that much even after he started selling records. However, the fame made Sinatra and his wife Nancy Barbato fear that someone would kidnap their children. In the end, they found out that these fears were not groundless.

Sinatra’s youngest daughter Tina explained that her childhood was relatively normal, even though her father was a celebrity.

“Your parents are everything to you,” she told AZ Central in 2015. “Mine was just a parent from a little more distance. At times he was very normal, and at times when we went to watch his performance, you understood: “Wow, that’s not what every other kid’s dad does.” I think it was a bit of awe. But then again, he was the guy you didn’t want to find out about by breaking the window. He was a normal father.”

She explained that their mother was much more strict with the children, so they often relied on their father to mitigate the punishment.

“Mom was an overseer. She was the majordomo. She wouldn’t let us get away with anything. So actually Dad was kind of a runner to get out of a four-month captivity and cut it down to three weeks.”

Frank Sinatra’s daughter said that her parents are worried that their children may be abducted.

“He wasn’t particularly famous when I was a kid,” she told The Guardian in 2008. — He was on the road with the group all the time. When I was born, we lived in an apartment in New Jersey. They had no money. But as soon as he hit, he really hit.”

The family moved to a nice house, but soon the fans found out where the singer lives. This scared Barbato.

“Later we moved to Hasbrook Heights, and we had a nice house there, but you could get to the windows from the street – as soon as people found out that he lived there, they would come to see what was bothering my mother, because I was a tiny baby, and she didn’t want anyone tosomeone stole me from the front yard.

The singer’s son was actually kidnapped

Her concern was not unfounded. In 1963, three men kidnapped Sinatra’s son, Frank Jr. They ambushed him after the show and took him hostage in a California suburb. The kidnappers demanded a $240,000 ransom, which Sinatra paid. After receiving the money, they released Frank Jr.

A few days later, the FBI captured the kidnappers and returned almost the entire ransom. Although they were initially sentenced to life imprisonment, in the end they all served less than five years.