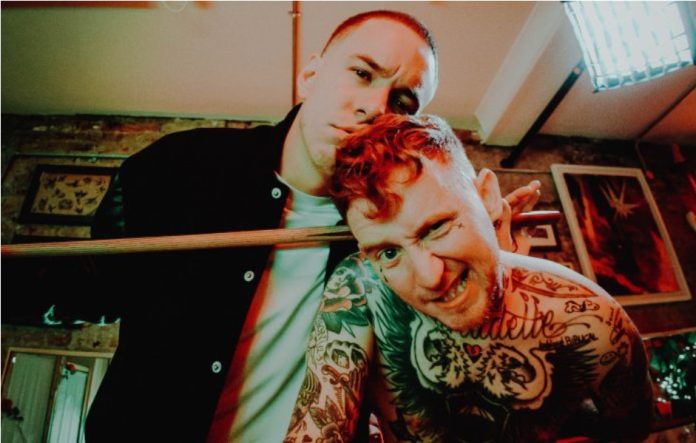 Carter told about the importance of supporting mass venues, the band’s upcoming residency in London and their new single “Parasite”.

Frank Carter and The Rattlesnakes have been named new patrons of The Music Venue Trust, joining the likes of Sir Paul McCartney, Tom Grennan, Nova Twins, Frank Turner, Tim Burgess and others.

Carter discussed the importance of demonstrating support for small spaces in the live music industry and the band’s upcoming residency at London’s 500-capacity The Underworld hall.

“Anyone who says that the support of mass venues is not important is, in fact, a fucking jerk,” Carter said of rallies around small venues. “Without these platforms, you would be nothing. Here you will learn how to be a musician, a performer and how to solve problems. Here you will learn how to navigate the crowd. These small venues define the artists.”

Rattlesnakes are currently touring Europe and will return to the UK for three sold-out concerts at The Underworld from December 6 to 8. Intimate concerts will follow a large-scale performance of the band at Alexandra Palace. “After I played at Alexandra Palace, the only logical place to go back to is to go back to where it all started for me as a musician, a rock star and a young punk rocker,” said Carter, who once pulled his entire arm out of the joint when he, as a player, he flew off the Underworld stage, and no one caught him.

He added that while he “can’t rely on these Underworld shows to show me where we’re going next,” the concerts will mark the “end of an era” for The Rattlesnakes. “I will descend on Camden with the fury of a thousand hellhounds,” he continued, promising, “a different me than you’ve ever seen before—I’m hungrier and more focused than ever. ”

Ahead of the residency and their month-long European tour last week, the band released a new stand-alone single, “Parasite,” which was written during the pandemic, when Carter and his bandmate Dean Richardson were going through “hard times” and “angry at the world.”

Describing the last few years as “bleak,” the frontman said: “I don’t want to exaggerate, but I also don’t want to embellish it. During the pandemic, I compromised myself greatly. I found myself nurturing the wrong things and getting lost in the wrong survival mechanisms. But I learned a lot about myself.” Now Carter is a “better version” of himself and, playing the show again, can feel “a lot of hope in the air.”

“The words just fell out of me,” Carter said of “Parasites.” “I talked a lot with friends and listened a lot. This song was my time to talk, and I fucking screamed.

He further explained that “we are not the only ones who have experienced pain, pain or suffering, but we can write about it so that everyone can understand.” “Parasite is faceless enough that people know the guy we’re singing about. It’s healing,” continued Carter, who performed the track for the first time the night before.

“There was a lot of rage in the pit, and people were singing lyrics to someone. We provide a safe space for people to let it all out. Zach [de la Rocha, Rage Against The Machine] said it best: anger is a gift. You just need to be able to use it.”

“Parasite” follows Jamie T’s song featuring “The Drugs”, which was released last month. Writing about some friends who “struggled with addiction,” Carter said that “it’s important that people understand the actual message, namely that drugs have ruined the lives or killed many people I know.”

“The Drugs” and “Parasite” were two very important songs for me to write. We had to get them out,” he said. “They were both moments for my mental health as I was trying to clarify many situations I was trying to understand.” The musician added that although he doesn’t know if they will be “attached to the record, but they’re a hell of a lot of fun to play live,” and called them a “very cathartic combo.”

However, these two tracks are not all that the band has been working on. “We wanted to release these two songs as soon as possible, but now we need a little more time … we actually stayed on two albums,” admitted Carter. “But we want to make sure we release the right one.” Carter described these unreleased Rattlesnakes albums as “incredibly different” and mentioned that he and Richardson also have a third album ready for a “completely different project” that they don’t want to “say absolutely anything” about.

When the band returns to the tour, their already traditional invitation for women and non—binary people to start a moshpit will light up again – as it was at the Reading and Leeds festivals this year. It’s something the band has been doing for many years, and Carter still thinks it’s “the most important part of our set.” “Every group has to do this,” he said. — I don’t know why there aren’t any.

According to Carter, it is extremely important to make rock music more accessible to people who have historically been excluded from this scene. “[It’s] a conversation that needs to be heard and overheard because it doesn’t always reach people the first time,” he said. “Everyone has a role to play in this.”

“Parasites” by Frank Carter and The Rattlesnakes are already on sale. Find out more about Music Venue Trust on their official website.

Michael Hutchence’s Sister was “angry” after learning about a brain injury...