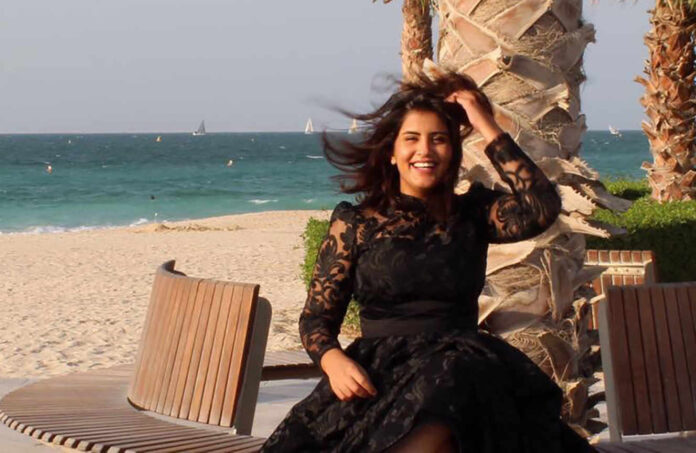 The Saudi human rights activist, in pre-trial detention for more than two years, was sentenced to five years in prison on Monday.

Human rights activist Loujaïne Al-Hathloul was sentenced on Monday, December 28, to five years and eight months in prison by a court specializing in anti-terrorism cases, several Saudi media reported, as well as her family. She was found guilty of “various activities prohibited by the anti-terrorism law , ” said the online media Sabq , a representative of whom attended the hearing.

According to Saudi media, which cite the judgment, the sentence is accompanied by a two-year and ten-month suspension “on condition that [ Ms. Al-Hathloul] does not commit another crime within three years” . The period spent in pre-trial detention (two and a half years) is also taken into account in the prison sentence, which makes Ms. Al-Hathloul released in “two months” , explained her sister Lina. Another source close to the family and the London-based opposition group ALQST said she would be released by March.

The court also banned the activist from leaving the kingdom for five years, added Lina Al-Hathloul, adding that her sister and the prosecution had the opportunity to appeal the judgment within thirty days.

“Excessive severity”
In the hours that followed, France called for the “rapid release” of Ms. Al-Hathloul. “As we have already said publicly on many occasions, we want the quick release of Ms. Loujaïne Al-Hathloul ,” said a spokesperson for the French foreign ministry. France reiterates its constant mobilization in favor of human rights and equality between women and men. ”

The German government has also ruled that “releasing Ms. Al-Hathloul now, and therefore before the conclusion of the trial”, would constitute a “positive sign” . “Her case is one of many [cases] that show that the Saudi authorities act with undue severity against activists of human rights” , deplores the Federal Commissioner for Human Rights and the humanitarian aid, Bärbel Kofler.

” Ms. Al-Hathloul’s reports of torture as well as her poor health are very worrying, and it is incomprehensible that the court has not investigated these allegations” , further regrets Ms. Kofler in a statement .

The United Nations Human Rights Office has found the conviction of Loujaïne Al-Hathloul “deeply disturbing” , as it has called his detention “arbitrary” . “We understand that an early release is possible and we strongly and urgently encourage it. ”

Kenneth Roth, executive director of the NGO Human Rights Watch, denounced , like other NGOs, a “shameful” judgment , saying that the activist had been condemned for having “claimed her rights” .

Hunger-strike
Loujaïne Al-Hathloul was arrested with other activists in May 2018 , shortly before the lifting of the ban on driving for Saudi women, a reform for which these women were campaigning.

According to Saudi Foreign Minister Faisal ben Farhan Al Saoud, Loujaïne Al-Hathloul, aged 31, is accused of having been in contact with states “hostile” to the kingdom and of having transmitted confidential information. But her family say the Saudi government has not provided any tangible evidence to support the charges.

Loujaïne Al-Hathloul’s family announced on November 25 that their case had been transferred by a judge from the Riyadh criminal court to a court responsible for terrorism cases. This specialized criminal court was created in 2008 to try terrorism cases, but it has been widely used since then to try political prisoners, according to human rights organizations.

Saudi Arabia is widely criticized in the West for its human rights record. The activist went on a hunger strike in prison on October 26 before interrupting it two weeks later, according to her family and Amnesty International.