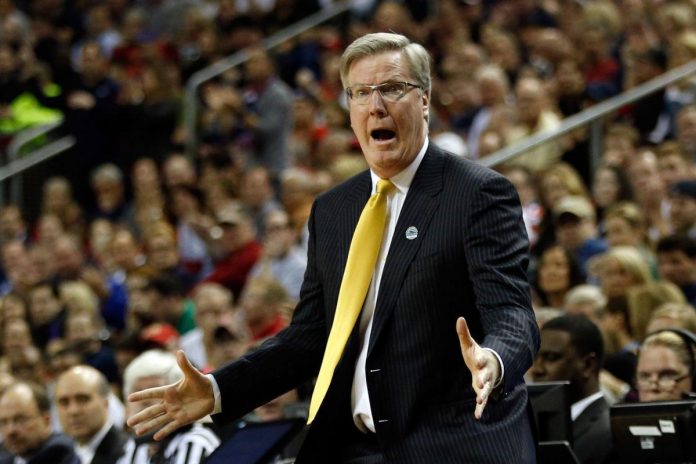 Iowa basketball coach Fran McCaffrey recently responded to a request for a cameo from some pranksters trying to make fun of the Iowa OK. Cameo is a video service where fans can pay for celebrities to leave personalized messages.

In a video addressed to “Brian,” McCaffrey mentioned a possible return to New England. Ferencz, the son of current Iowa head coach Kirk Ferencz, worked on the Patriots’ coaching staff from 2008 to 2011.

McCaffrey has since issued a statement denying any malicious intent in relation to the video.:

“I agreed to make regular cameos to raise money for Coaches Against Cancer. I would never do anything to detract from any Hawkeye program and would fully support Kirk, Brian and our football team.”

The beginning of 2022 for Ferenc and Iowa was disastrous. After a narrow 7-3 win over South Dakota State without a touchdown in the first week, the Hawkeyes lost to Iowa State 10-7 last weekend.

The Iowa offense gained just 316 yards on offense and one touchdown in two games.

Ferenc and the “Hawkeye” will try to mend relations in the match of the third week against Nevada on Saturday.