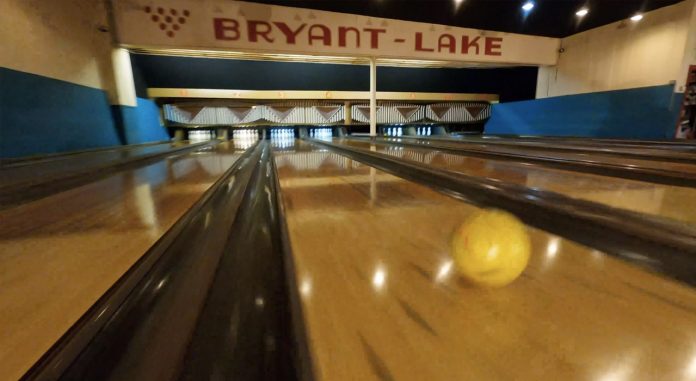 The video of FPV drone taking a ride in a bowling alley in the USA went viral on social media. The impressive camera show has already been watched by hundreds of thousands of people.

It has been a long time since most of us have been to a bowling alley. However, the YouTube channel jaybyrdfilms excitedly reflects this missed atmosphere to us! The drone show made by the young artist has become the focus of attention of social media users. The amazing show offered an exciting atmosphere to the audience with its breathtaking movement.

The video titled Right Up Our Alley opens on a deserted street at night. The FPV drone, which enters the bowling alley, where we see a bird’s eye view after a while, enters the place after the security opens the door. While initially seeing only people eating; We are dragged after a bowling ball that is launched right after it.

While the bowling ball is knocking the clubs in a stylish way, this time the drone device enters through the parts and reaches the back of the machine. The camera, looking calmly in the hallway, enters the hall again in a dizzying manner. However, this time, it increases the speed completely by passing between the equipment and between the legs of people.

Later, the FPV drone device sneaking into the bar area and the pocket cinema hall, finally follows a fast-moving bowling ball and knocks the clubs. This 1.5-minute video offers the audience the impression of a short film with its adrenaline-filled moves.

The drone image shot at the Bryant Lake Bowl location in Minneapolis was admired for its professionalism. Unfortunately, the name of the drone that was flown was not shared by the content producer. What did you feel while watching this video? Don’t forget to share your ideas with us!