Home Tech FPS Boost will not be compatible with all games 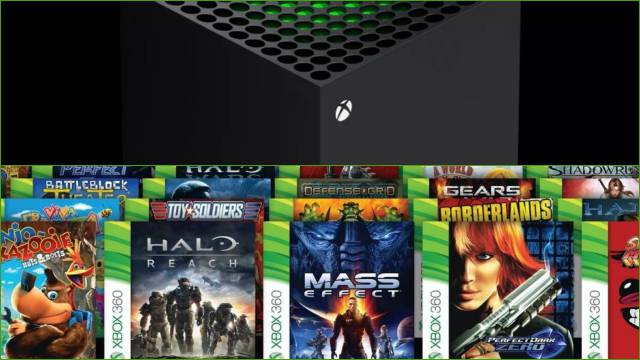 The new feature makes it possible for many backwards compatible games from previous Xbox consoles to benefit from higher frame rates.

Microsoft announced last week a new feature dedicated to Xbox Series X | S backward compatibility, called FPS Boost, which will allow a selection of video games from previous Xbox consoles to benefit from higher frame rates per second in the new generation of consoles; however, we have now learned that not all backward compatible titles will take advantage of it.

After knowing that works such as New Super Lucky’s Tale, UFC 4, Far Cry 4, Sniper Elite 4 and Watch Dogs 2 can now reach up to 120 FPS through a simple selection tab provided by the console itself, Jason Ronald (Director of Program Management on Xbox) has clarified in the official Xbox podcast that, although the number of games with FPS Boost will increase progressively, it will not be possible to implement it in 100% of the titles.

The reason is not that they do not want to do it, but that some of the hundreds of titles backwards compatible with Xbox Series X | S were originally programmed to work at a certain FPS rate and, if that refresh rate is increased by means of this novel feature, it could There are problems in animations or physics, which have to move at a certain speed. A lack of synchronization.

However, the team dedicated to backward compatibility on Xbox is working on increasing the number of video games compatible with this function, highly anticipated for some titles that originally moved to 30 FPS and that will soon be able to increase the desired standard of 60 FPS; apart from other improvements with Xbox Series X | S such as Auto HDR, reduced loading times thanks to the SSD, Quick Resume to resume the game immediately or an increase in resolution (up to 4K on Xbox Series X).

“We will announce the release of more titles with FPS Boost very soon, as we implement new menu icons and system settings in an upcoming system update,” Microsoft said in its statement. “Starting this spring, you will be able to go to the ‘Manage game’ section in any title, where you will find a new button ‘Compatibility options'” that will allow you to activate or deactivate the FPS Boost function (as well as HDR) “.

From Digital Foundry they have carried out a complete analysis where they check how this FPS Boost function translates into the first compatible games. According to their results, they are very satisfied.