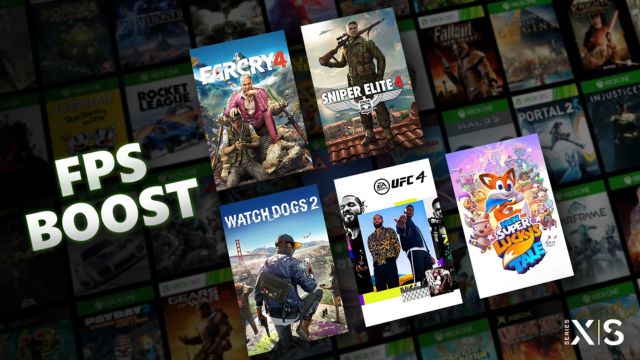 It is a new functionality for backward compatible games that allows you to improve the performance of the games.

Microsoft has taken backward compatibility very seriously on its new consoles, Xbox Series X and Xbox Series S. The company recently announced a new feature, called FPS Boost. And what does this mean? That compatible titles will see their framerate improved, to the point that some video games will quadruple the rate of images per second. Now, in an interview with Colt Eaestwood, Program Director Jason Ronald has confirmed that implementing this functionality will not force studios to do any additional development.

“We’re doing this without any additional work from the developers themselves, so in some cases studios really have more flexibility and more control if they choose to look back and update their game,” he says. “Or maybe they have plans for the series, so it’s really a collaboration between us and the publisher.”

Not all games can be updated

However, Ronald makes it clear that implementing this feature will not be possible in all cases. “We listen to the community, we feel their passion and we know what the gaming community would like to see,” he continues. “In some cases, due to the technique with which they were developed, we will not be able to do it in all these titles; in other cases, the developer or publisher have plans for the saga, so they will release their own updates ”.

The first batch of games to use FPS Boost has already come to light. These are Far Cry 4, Watch Dogs 2, UFC 4, New Super Lucky’s Tales and Sniper Elite 4. Microsoft intends to continue implementing this functionality in future shipments, although at the moment it has not given clues about the video games that will benefit from the improvements. What they are clear about is that the original vision of the developers will be respected, as they have already said on previous occasions.

See Also
FPS Boost will not be compatible with all games

Google Published Pigweed as a Development Tool We Think It Will...