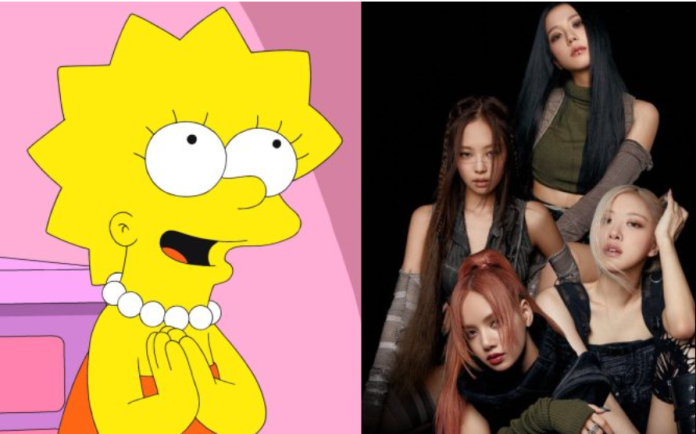 The Simpsons character Lisa Simpson spoke about her love for K-pop, in particular the female group BLACKPINK, in a recent episode.

On the November 13 episode of The Simpsons, Homer Simpson tries to guess what kind of music his daughter Lisa likes while they’re in the car and starts listing genres.

“I like K-pop, Dad,” Lisa eventually tells him. Homer quickly turns on the 2020 BLACKPINK single “Lovesick Girls”, and all the characters in the car start jamming to the track, even singing along to the Korean lyrics, continuing to move.

When the episode aired, The Simpsons’ official account shared a clip in which Lisa professes her love for K-pop, and showrunner Matt Selman tweeted a link to the Lovesick Girls music video. “Lisa loves Lovesick Girls from Blackpink @TheSimpsons,” he wrote.

Blink if you're a netizen. pic.twitter.com/sETueCccW5

Shortly after the episode aired, BLACKPINK member Jisoo took to her Instagram stories to share her reaction to hearing their music on The Simpsons. The singer uploaded a clip in which the characters sing along to “Lovesick Girls” in a car with surprised emojis, writing: “Is this true?!”

This isn’t the first time The Simpsons showrunners have referred to K-pop performers on the series. While the K-pop singers have yet to appear in any of The Simpsons episodes, the BTS boy band previously received a subtle hello in a 2019 episode.

On the March 17 episode, Homer, Marge, Lisa and Maggie travel to South Korea for a gaming competition. As the characters walked down the street, fans of the band noticed various signs written in English and Korean with the words “BTS is here today” and “BTS ARMY Recruitment Center”, nodding towards the boy band’s fan base, also called ARMY.

What you can learn from the first official image of Assassin’s...