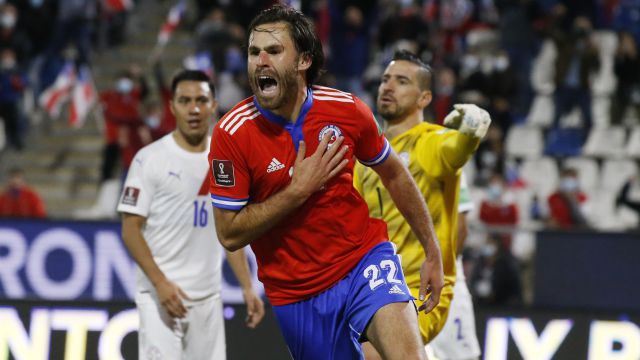 Football Manager: Video game fans have proven that one of the world’s best-known simulation titles is an invaluable tool in recent years. Football Manager is one of the most important football titles in the world. The best-selling simulator on the market has no competition for those professional soccer fans, who see it as something much bigger than a game.

The game handles so much detail that scouts and club employees use this tool to search for players they might not otherwise see. In addition, many teams have shown that its use can be beneficial for a large number of people linked to soccer. Here we will show you four true stories of the impact of Football Manager in real life.

Ben Brereton and his arrival at the Red

The arrival of Ben Brereton to the Chilean team owes a lot to FM. The Blackburn striker would not have made it to the Red if his profile in the game had not been updated, revealing his roots with our country.

It all started when Football Manager researcher Mark Hitchen – who is also a Blackburn Rovers fan – was working on updating the game and read a club article where Brereton mentioned that he could technically play for Chile.

This change was noticed by Álvaro Pérez, a member of the FM community in Chile, who, using his Twitter account, created the hashtag #BreretonALaRoja. The rest is history.

The one-man team from El Salvador

Hugo Alvarado has become one of the most prominent figures in the Central American country of El Salvador. Since 2010, the Salvadoran has done scouting work through Football Manager and has had a positive impact on the reality of his selection.

Alvarado emigrated to the United States at the age of nine, but he never left the national team of his native country behind and saw in Football Manager the necessary tool to find players with Salvadoran ties all over the world.

He began by checking the FM database, looking for players with Salvadoran names or with faces that looked like his country. He even Googled phrases like “Salvadoran soccer player’s mother” or using articles that talked about the players.

One of the great discoveries of him was Steve Purdy, a footballer belonging to the Sub 23 of the United States who plays for 1860 Munich in Germany. “There was nothing Salvadoran in the name, but I had read some things about him, so we got in touch on Facebook and started talking,” Alvarado said in an interview.

The impact of this young Salvadoran in his country has reached such a point that he was recently hired by the soccer sports director to become a full-time scout. Both roles were the first in the history of the Salvadoran Football Federation.