OKEx, the leading exchange for Bitcoin and other cryptocurrencies, suspended withdrawals earlier today, strengthening the allegations that OKEx is facing a police investigation. According to the information announced, the founder of the exchange has now been questioned by the police.

OKEx exchange founder Xu Mingxing was taken to the relevant center by the police for interrogation, according to local reports. As we previously reported, the crypto money exchange suspended withdrawals in the morning today. This is not the first time founder Xu met the police. It previously collaborated with the authorities on a small-scale cryptocurrency fraud in September 2018.

OKEx said in a statement that one of the private key custodians is in cooperation with the public security institution when necessary and that communication with this private key officer has been lost; For this reason, he stated that the authorization could not be completed. OKEx expressed their sincere apology for the discomfort caused by the cessation of withdrawals made with digital assets and announced that they will inform the public in the light of future developments. Although the company did not make a detailed statement, it underlined that the users’ funds are safe.

“As a world leading exchange, user security is not something OKEx can compromise or give. We will do everything in our power to restore the service we provide and will share updates on the subject as soon as possible ”
Bitcoin Price Has Also Affected Negatively

This internal turmoil and the suspension of the transactions caused many investors to worry. Developments in the OKEx exchange, which contains about 1.1% of the BTC supply in circulation, also negatively affected the Bitcoin price. With the effect of the negative atmosphere, Bitcoin fell from $ 11,575, which was the highest value in the last 24 hours, to $ 11,300.

OKEx is among the 3 largest stock exchanges in China with a daily trading volume of over $ 6 billion. According to the information shared by Glassnode, approximately 200 thousand BTC (worth about $ 2.3 billion) are kept in the wallets of the exchange. 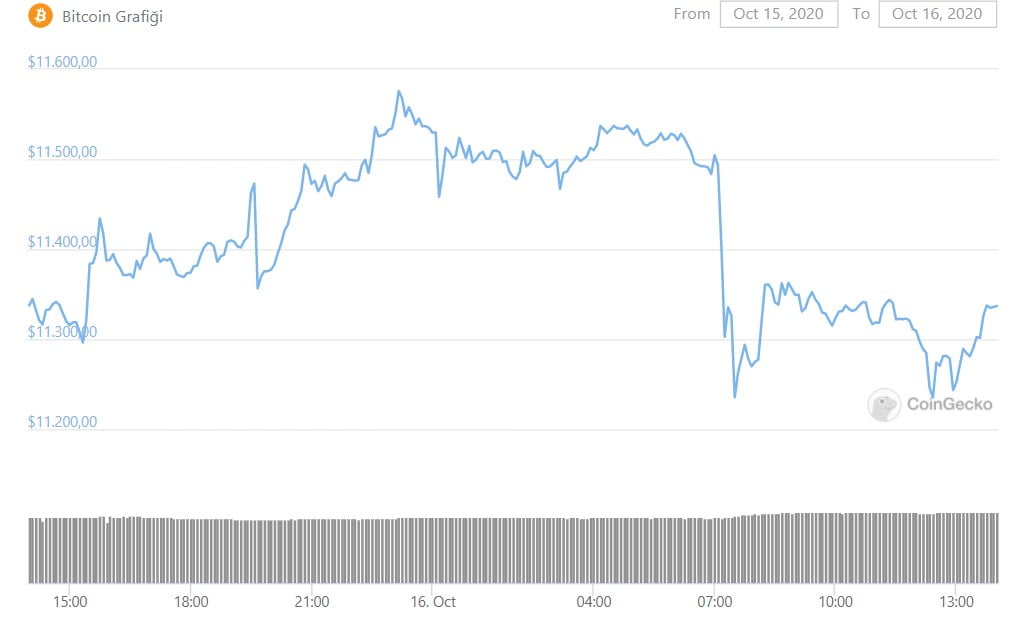 Jungkook became the cutest member of the K-Pop Group

ATEEZ reveals a preview of Inception, their new comeback

Why is the success of SpaceX important?