32 million years ago, animals dominated terrestrial landscapes. Now, a new archaeological discovery changes what is known about the first monkeys on the American continent. Until recently, pot-bellied monkeys and white-capped capuchin monkeys were believed to have been the only primates to cross the Atlantic towards the Americas on small patches of land and vegetation. A new find in Peru has just included some more adventurers from the seas: those of the extinct species Ucayalipithecus perdita.

4-tooth fossils have been found on the banks of the Yurúa River, near the Brazilian border. Despite being few records, they can bring a lot of information. Teeth, because of their strength, are the easiest to last for millions of years. In addition, it is the dentition of mammals, in everlasting change, that can bring information about what type of animal is being analyzed.

Interestingly, the fossils found are quite similar to the monkeys of the extinct parapithecids group, which were believed to have lived only in Africa. Finding them in South America shows that they also crossed the ocean and found new land. This journey was purely random and had luck, but it spread the animals across the globe. 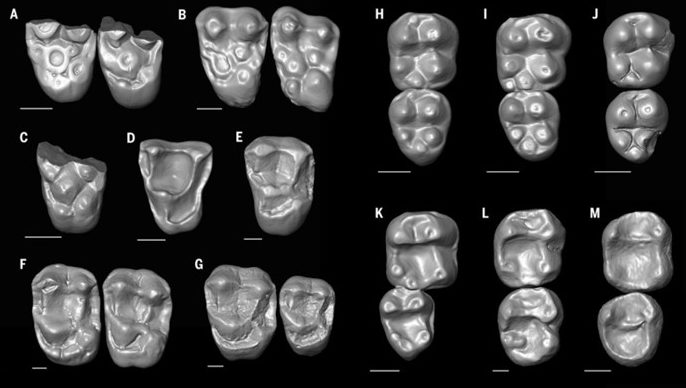 It is also worth remembering that, in this period, known as the Late Eocene, Africa and South America were closer. The two continents were 1.5 thousand to 2.1 thousand kilometers apart. Currently, both are 2,800 kilometers from each other. In other words, the journey through the seas was a little less long.

The fossils were found by scientists led by Erik Seiffert of the University of Southern California. “I have to admit that I was much more skeptical about rafting until I saw a video of blankets of vegetation floating through the Panama Canal, with trees upright and maybe even bearing fruit,” explains Seiffert about how monkeys would have made their own. travels.

However, the monkeys hardly had the intention of throwing themselves into the sea. Most likely, intense storms took coastal primates to the high seas, where they found a way to stay alive in these makeshift rafts. It was up to the sea currents to spread the different African monkeys to different points of the American continent – from North to South.