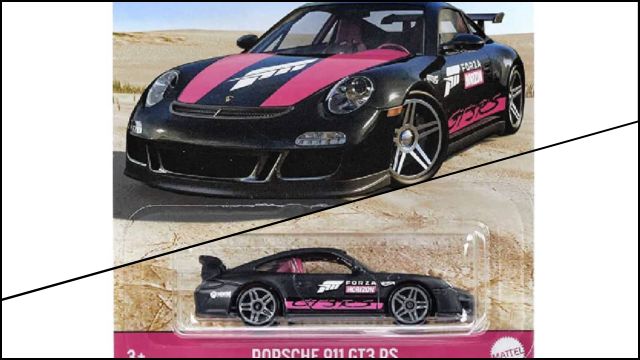 Forza Horizon: Both brands will once again collaborate with new collector’s vehicles; the first models have already been seen in pictures. There is speculation with a new game. Mattel, the American firm responsible for Hot Wheels toy cars, is preparing a new collection of scale vehicles in collaboration with Microsoft’s Forza Horizon. According to T-Hunted, this new line of five cars will arrive this September with models such as the Mercedes-Benz A-Class, Porsche 911 and Corvette C7.R.

Although some players who love the saga speculate with the possibility that this collaboration is nothing more than a preview of a new episode of the saga, which we understand under the tentative name of Forza Horizon 5, at the moment there is no official information about it. Hopefully, however, Mattel will make this new Forza Horizon miniature car collection official in the near future.

This is not the first time that Hot Wheels appears in the Forza saga. In fact, their first major collaboration dates back in the form of toys to the time of Forza Horizon 3, whose expansion is one of the most acclaimed and remembered by players. There was also content in Forza Motorsport 6 and 7 as well as Forza Horizon 4, although not with the scale seen in the third numbered episode of the Playground Games series.

They, Playground Games, are responsible for all the installments of the Forza Horizon saga to date. The British studio has grown a lot in recent years; currently owned by Microsoft at Xbox Game Studios. We know they work on announced and unannounced projects. On the one hand, Fable, a remake of which we have only seen a teaser trailer; on the other, unknown projects that different journalistic sources link with Forza Horizon 5 in Mexico.

It is hoped that all these doubts will be dispelled next June at E3 2021, which will be held from June 12 to 15 digitally and where Microsoft has confirmed its presence. The North American company will also be at Summer Game Fest, the solution organized by Geoff Keighley, responsible for The Game Awards.

Need For Speed: 5 Games Will Be Removed From Online Stores...