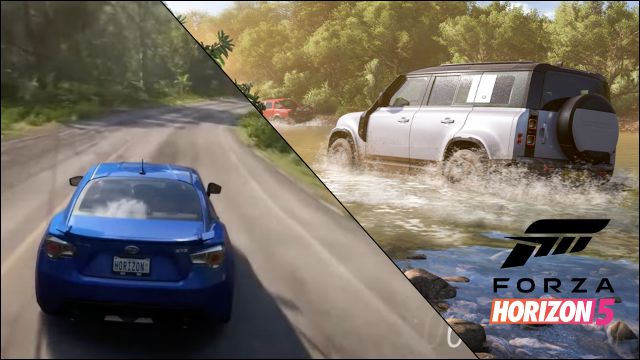 Forza Horizon 5: The Playground Games video game will arrive this November with improvements not only in the technical, playable and visual level, but also in the sound. Playground Games wants Forza Horizon 5 to be the most advanced installment of the saga also in terms of sound. After being one of the most talked about titles of the past E3 2021, the fifth episode of the Xbox series will arrive this November covered by technological innovations; from dynamic weather conditions at different points on the map (1.5 times larger) to the use of ray tracing in Forzavista. Now we have learned that the use of that real-time ray tracing will also be used to improve the quality and immersion of the audio.

On the occasion of the third chapter of the Let’s Go! Program, the British studio has detailed in a video how the immersion experience will be improved. In Forza Horizon 5 while driving. Because it is not only about having fun at the wheel, but also feeling that we have the car that we see on the screen in our hands. According to Mike Brown, creative director, accompanied by Fraser Strachan, sound designer, ray tracing is being implemented, the game will detect objects on stage at all times and use that information to offer an audio that sounds like it is really bouncing off each object with the appropriate distance and sharpness. Pure realism.

For example, in urban environments the sound will bounce in a more accentuated, more strident way; on the other hand, the foliage and other sounds coming from nature will be heard with greater muffling. On the other hand, they remember that ray tracing will also be used in Forzavista, allowing the strictly contemplative aspect of the game in our sessions of visiting the garages to be enjoyed with advanced realistic lighting.

Mortal Kombat 11 Gets Patch With Balance and Character Nerf