Home Entertainment Forza Horizon 5 Will Have Stations Again, But They Will Bring Big... 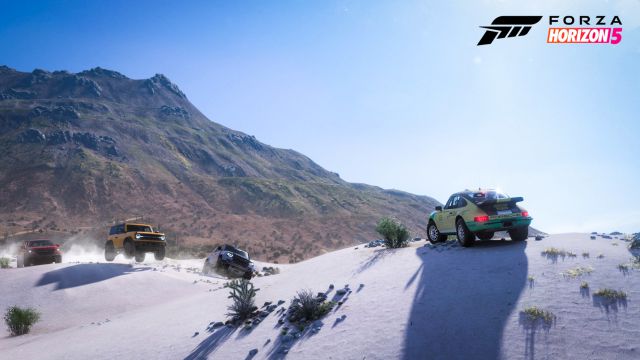 Forza Horizon 5: The map of Mexico will have several biomes and the system of stations will serve to cause sand storms, tropical or other climatic effects.After the spectacular staging of Forza Horizon 5 during the Xbox and Bethesda conference at E3 2021, many fans of the saga were left wondering if this new installment was going to have the same station system as Forza Horizon 4 , one of the great novelties of that one. The first trailer did not show signs of this and some pointed out that perhaps it had been removed to make the most of the Mexican setting, the location chosen this time to burn asphalt. Nothing is further from reality. Mike Brown, creative director of the game, has assured in an interview with IGN that the stations are back, but with important news.

Brown explains that this time “there are still four seasons,” but admits they will affect the various biomes on the map differently. “Mexico is a country with huge elevations of terrain and changes in height. In the game there will be several different regions that we have tried to recreate as best as possible.” That is, it will not happen like in Forza Horizon 4, where if it was winter, everything appeared snowy. In Forza Horizon 5 there will be areas where there is always snow or it is hot, and although we will continue to see changes, this time what the seasons will really affect is the weather conditions. For example, “during the drier seasons there will be sandstorms and during the storm season, which is autumn, there will be tropical storms. Now what there is is a kind of large and massive weather-related events that will occur depending on the weather. season we are in. ”

One more step in Playground Games’ ambition to make this installment the best of the saga and one of the great bastions of the new generation. Forza Horizon 5 will arrive on Xbox One, Xbox Series X / S and PC on November 9, and as usual, it will be available on Xbox Game Pass outbound. In the last hours we have also learned that the game will not come dubbed into Spanish from Spain, what are its minimum requirements on PC and what objectives it has for resolution and framerate (spoiler: 4K and 60 fps).