Home Entertainment Forza Horizon 5 Surpasses One Million Players Before Going Out; Aim For... 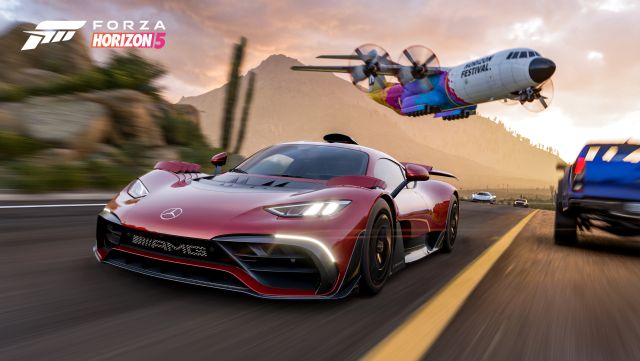 Forza Horizon 5: The Playground Games game is now available for those who have purchased the Premium Edition of the game. It will go on sale this November 9. Forza Horizon 5 seems set to break every record in the series to date. The expectation is maximum before the new Playground Games, whose series has become an emblem of Xbox Game Studios. With several days to go before its global launch, the game already has more than a million active players; all of them coming from the Premium Edition (99.99 euros), who are members of Xbox Game Pass and have purchased the Premium Bundle (45 dollars); or those who already have a code for different reasons.

If we put this data in context, we see that Forza Horizon 4 had 2 million players after its first week; a figure that will be far behind as soon as Forza Horizon 5 releases on Xbox Game Pass this November 9 for subscribed players on Xbox One, Xbox Series, Windows 10 PC, and Xbox Cloud Gaming.

The internal counter of the game marked this Sunday more than a million players on the internal servers, very encouraging data for a massive premiere. Three years ago, when the third installment was published, Xbox Game Pass had much fewer users (in January 2020 it reached 10 million subscribers), while in January 2021 the barrier of 18 million players was surpassed.

Still 2 more days until Forza Horizon 5 is released on Xbox.

It has been like a carnival atmosphere this weekend! Some of the game photos are BEAUTIFUL!

Thanks everyone for keeping me company, next update will be the last one 👍 pic.twitter.com/IHVEPBzKH5

How far this title will go, which will be available to a player base higher than that, remains to be determined. All this added to those who buy the game directly, without having to opt for the version included in Xbox Game Pass.

Elon Musk’s Tesla Car Will Win When You Eat a Slice...