Home Entertainment Forza Horizon 5 Is Official And It’s Wild: Heading To Mexico In... 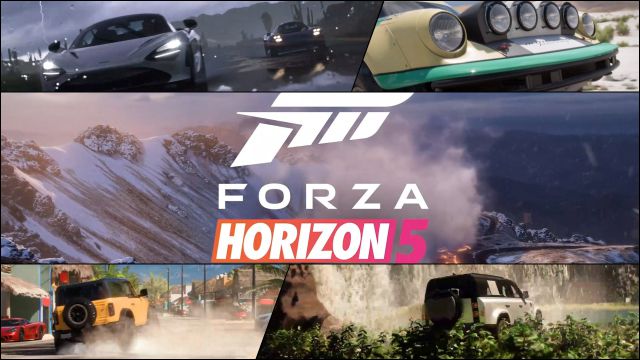 Forza Horizon 5: Playground Games presents the new installment of the Forza Horizon saga in style at the Xbox and Bethesda conference this E3 2021. First trailer. Forza Horizon 5 is a reality. After months sounding like one of the firm candidates to appear at the Xbox & Bethesda conference at this E3 2021, Playground Games has not missed its appointment and responds to the millions of players who were dazzled with the fourth part. The British studio goes a step further and brings us to Mexico, the territory where the open world of the game will be based. At the opening of the news you have its first trailer, but we also have a date: Forza Horizon 5 will arrive on Xbox One, Xbox Series X | S, Xbox Cloud Gaming and PC on November 9, 2021; included as standard on Xbox Game Pass.

Forza Horizon 5 Shines In Its First Trailer During E3 2021; what do we know for now

Playground Games has explained that it is the largest game in the series. It will have sandstorms and a climatic climate greater than that of Forza Horizon 4. The work has been developed in recent years with the aim of offering the most realistic and crazy experience possible, keeping the essence intact. Such is the effort to recreate the atmosphere that they have recorded 24-hour shots to be able to offer all kinds of shots and lighting situations in the surroundings of the Latin American country.

During the gameplay we have seen the cooperative mode for up to four players. Forza Horizon 5 will feature real-time ray tracing. “Xbox Series X | S has allowed us to capture every detail,” explained its director. It’s amazing how the greenery looks. We have seen everything, even a volcano. This November 9 we can play it at no additional cost with the Xbox Game Pass subscription; optimized on Xbox Series X | S.